IFA president: ‘Sit down with farmers or we’ll march on Dublin’ 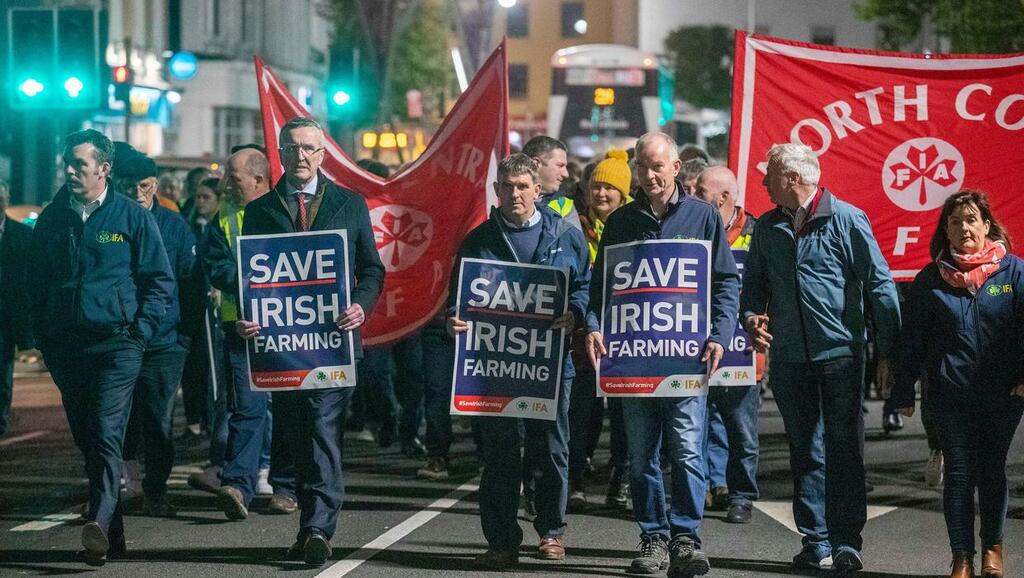 The IFA has warned it will continue its protests from last week, bringing farmers to the streets of Dublin if the Government does not “engage properly” with farmers on key issues affecting the sector.

IFA held four regional rallies on Friday, starting in Cavan before moving to Roscommon and Portlaoise, eventually ending in Cork, to highlight how the current Government is pursuing policies that will decimate Ireland’s largest indigenous sector.

IFA President Tim Cullinan told the Farming Independent that Agriculture Minister Charlie McConalogue needs to “come out and sit down with farmers” and dismissed the minister’s ongoing tour of the country, where he is meeting with farmers to discuss the CAP strategic plan.

“The clear message from the thousands who turned out is that farmers are frustrated and angry at the way they are being treated by our Government,” he said. “Farmers won’t accept being offered up as a sacrificial lamb to the Green Party to keep the Government in office.”

Mr Cullinan said he had not heard from the minister after the rallies and warned that if Fianna Fáil and Fine Gael continue on the road of not “standing up the Green Party”, they would devastate rural Ireland and farming.

“I have a huge mandate if our Government is not going to sit down and negotiate with us on CAP, climate and the Nitrates Directive. We are taking it [the protest] to Dublin.”

A Department spokesperson said the minister continually engages with all farm organisations and meets with local members of the IFA, as well as other organisations, at each venue on his county by county CAP consultation tour, which is currently ongoing.

“The minister will continue to have an open door for the IFA and other farm organisations as it’s crucial to get the views of farmers at this crucial period for our sector,” they said.