Niall Kearney knows a maiden DOP World Tour win would be "massive" for his career after carding a two-under 69 to go into the final round of the Soudal Open just three shots off the lead.

The Royal Dublin man (34) does not have a full card this year, but he'll have a chance to put that right on Sunday as he shares fourth place on eight-under-par behind big-hitting New Zealander Ryan Fox at Rinkven International in Antwerp.

"I played pretty well. I hit the ball great I made the turn in three-under and left a couple out there, especially on the front line," Kearney said.

"I felt like I could have got a going around the back as well. I'm giving myself a lot of chances, but I just didn't really hole anything."

Two behind Germany's Matti Schmid and England's Sam Horsfield and Dale Whitnell overnight, Kearney made a two from 12 feet at the 201-yard second before getting up and down from sand by making an eight-footer for a birdie four at the fifth.

A wedge to three feet at the eighth saw him reach the turn in three-under-par 33, but he dropped a shot at the 10th after being forced to lay up from the rough, then finished with eight consecutive pars as his putter went cold.

The two-time Irish PGA champion and former Walker Cup star had chances to move closer to the lead but missed five footers for birdie at the 11th and 12th and an eight-footer at the 16th to find himself tied for fourth with Paraguay's Fabrizio Zanotti, Germany's Marcel Schneider and South Africa's Oliver Bekker on eight-under.

Despite those misses, Kearney is confident he can give himself enough chances on Sunday to come home with a career-changing win.

"I am just striking the ball well," said the Dubliner, who recently became a first-time father following the birth of twin girls.

"I've done a lot of work the last couple of weeks (with coach Eddie Doyle) just to get a little draw back into my game and I'm just comfortable again.

"My ball-striking is good. I feel like I know what it's going to start, and I know where it's going to curve to. My distances are all bang on and I am pin high a lot of the time now and I'm giving myself a lot of chances."

Asked the scope of what might happen given he's played just four times this year, having narrowly failed to retain his card, he said: "It's massive.

"I'm hoping to get more opportunities this year, but this is obviously a prime opportunity now."

He will tee off in the third last group with Schneider looking to continue hitting fairways and greens.

"I think I just have to keep doing what I'm doing," he said. "Give myself 10 to 12 good chances and hopefully drop the ball in the hole."

Joint overnight leaders Schmid and Whitnell shot a one-over 72s to fall back to tied eighth on seven-under as two-time DP World Tour winner Fox surged through the field.

The powerful Kiwi bogeyed the first before making six birdies with five of those coming in the last eight holes, as he came home in 30 for a 66 to claim a one-shot lead over fellow two-time winner Horsfield, who shot 69, on 11-under with Germany's Yannick Paul alone in third on nine-under after a 68.

"I played really solid on the back, to be honest, holed a couple of putts as well, and I hope I figured something out after a couple of scrappy drives early on in the round, and it felt pretty good from the tenth hole onwards," Fox said. "So, hopefully, I can take that into tomorrow.

"I have been in contention the last couple of weeks as well and not really done much on Sunday, so I am looking forward to being in the mix again.

"Obviously, Sam Horsfield is playing some good golf as well, and he is a heck of a player, so hopefully, we will have a good tussle tomorrow."

As for 14-year-old Ukrainian amateur Lev Grinberg, the teenager shot a five-over 76 to share 59th on two-over on his home course. 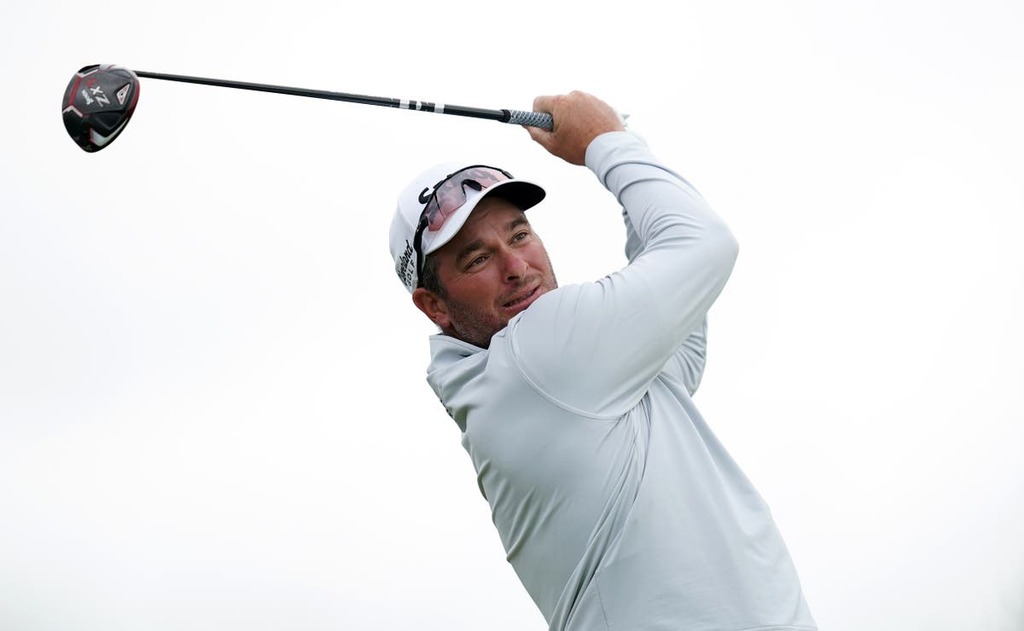