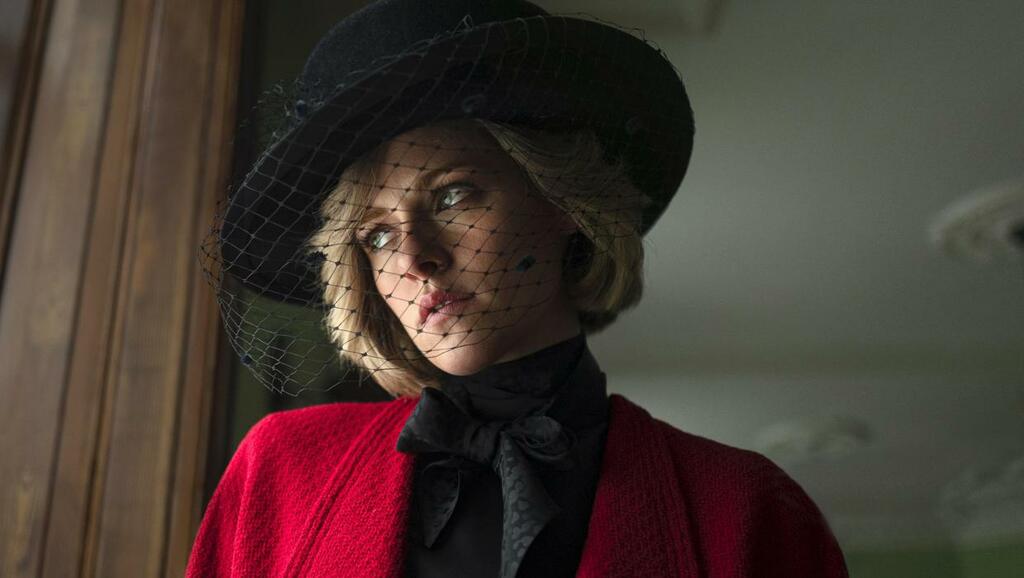 Kristen Stewart was, until recently in her career, best known for hanging around with vampires. But now the Twilight star is seeing ghosts. In her forthcoming Princess Diana biopic, Spencer, she portrays the tragic royal as a lonely soul who communes with the wandering spirit of Henry VIII’s ex, Anne Boleyn.

Yet for Stewart, the uncanniness around Spencer does not end with the script. She has spoken of “spooky spiritual feelings” while playing Diana, who, she says, felt “so alive” to her.

“There were times where I was like, ‘Oh, God’, almost like she was, you know, trying to break through,” Stewart revealed to the Los Angeles Times. “It was weird. And amazing. I’ve never felt anything like it in my life.”

It seemed to Stewart that Diana was, on some level, communicating approval for the star’s take on her life and times. “I felt like there were moments where I kind of got the sign-off,” she said.

On the face of it, these remarks sound like actorly waffle. However, that would be to discount the intensity of what Stewart went through, portraying a real person who died in tragic circumstances.

Someone who plunges into her roles head-first, the total immersion required to play Diana would appear to have unsettled her at a spiritual level.

Stewart is far from alone in her reaction. When actors are called on to resurrect celebrities who have passed on, it is remarkable how often they report a sense of communing through the spirits.

This, at one level, may be a defence against charges of bad taste and exploitation. Would Diana have wanted to be framed as a lost soul nattering to an invisible Anne Boleyn? The case could be argued both ways. And so it may have assisted Stewart in entering the headspace of Diana to feel she had received an imprimatur from beyond the grave.

Another star who says they received a spiritual “sign-off” is Jim Carrey, when tackling avant-garde comedian Andy Kaufman in Miloš Forman’s Man On The Moon (1999).

It all happened as Carrey was idling on a beach, having agreed to take on the Kaufman part. All of a sudden he saw dolphins in the distance. He took their appearance as a sign Kaufman was “communicating telepathically” — via the ancient tradition of dolphin-based code.

“It was completely absurd,” Carrey said in a documentary about the making of the film. “But somehow, it worked”. A few days later, he added, he had the experience of Kaufman tapping him on the shoulder and saying: “Sit down. I’ll be doing my movie.”

The degree to which Carrey immersed himself in the Kaufman persona has become a notorious example of method acting taken too far. He passed out on couches, invited himself to the Playboy Mansion (as Kaufman had) and brought Hells Angels to set.

These were extreme antics by anyone’s standards. Yet Carrey’s conviction he was spiritually connected with the person he was playing is by no means unusual. Sensible Marion Cotillard — who has never invited the Hells Angels to set or anywhere else — likewise felt she had brushed up against the presence of Edith Piaf in her portrayal of the French singer in La Vie En Rose.

More than that, Cotillard was of the opinion Piaf was reaching out to her — and that she didn’t want to be alone when Cotillard moved on. “I had this weird feeling,” she confessed to The Independent.

“And I’m very sane! I don’t live with my role, I’m a really normal person. Well, I’m an actress, I’m not that normal. But I tend to be really normal… But I couldn’t let her go because her biggest fear when she was alive — of course, we don’t have fear when we’re dead — was to be alone.”

Cotillard later revealed that she struggled to shake off the feeling. “I tried everything. I made exorcisms with salt and fire. I travelled to Bora Bora to escape it. I went to Peru, to Machu Picchu and I followed ancient ceremonies.”

This sounds like nonsense, as Cotillard appears to appreciate. And yet similar statements were made by Rami Malek after he preened his way across the screen as Freddie Mercury in Bohemian Rhapsody (just like Cotillard in La Vie En Rose, he won an Oscar for his efforts).

Malek was asked about the involvement of controversial director Bryan Singer in Bohemian Rhapsody (2018). Singer exited the production halfway through, leaving cast and crew to soldier on to the finish line. And looking back, Malek felt Freddie was willing them forward.

“Perhaps that was Freddie himself doing it because we wanted to make a product that was worthy of him,” Malek said. “Who knows?”

The after-effects of getting under the skin of another individual are not to be shrugged off. Channelling pioneering long-form journalist Truman Capote in Capote (2005) by all accounts rocked the late Philip Seymour Hoffman to his core. And yet this is not to diminish his achievements.

“Through the alchemy very few gifted actors possess, he has done more than impersonate Truman,” said Capote’s biographer Gerald Clarke. “For the length of the movie, he has resurrected him.”

Every actor will have their own way of breathing cinematic life into a dead person. Take Daniel Day-Lewis who spoke in Abraham Lincoln’s accent, on and off camera, when he portrayed him on screen.

For Kristen Stewart, meanwhile, finding her way into Diana involved, at some level, feeling that she was communing with the late princess. Her performance is gripping. And if a flirtation with the supernatural is what was required to get there, who are the rest of us to stand in judgement?