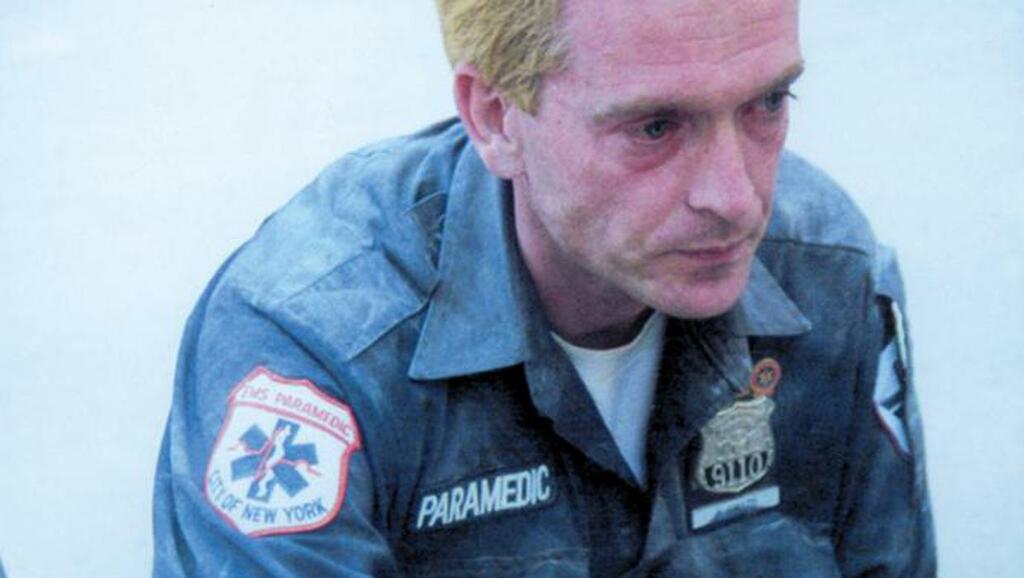 A Belfast-born paramedic who won bravery awards after rushing selflessly to help victims of the 9/11 terror attacks in New York is shunning documentaries about the 20th anniversary.

Roger Smyth said he stopped watching TV programmes on the 2001 attacks around 15 years ago.

Speaking from his home in Australia, where he has been caught up in rescues in the wake of the country’s recent bush fires, floods and Covid chaos, the 55-year-old father-of-two said: “They have their own agenda to tell their own story.

“As an intensive care paramedic for 25 years, I hold human life as sacrosanct, precious, sacred. The fact that many documentaries use the suffering of so much loss to justify slaughtering innocents in places like Afghanistan and Iraq is beyond me. Too many innocent people have been killed in the name of 9/11. All lives matter, no matter what colour, creed or religion.”

The New Lodge Road man, whose badge number in NYC chillingly was 9110, will not be marking the anniversary of the day he watched the horror of the World Trade Center attacks unfold from the rooftop of his former home in Brooklyn.

Almost without thinking he grabbed his medical kit and despite the obvious dangers hurried to Manhattan where the part-time photographer took a few seconds from his life-saving work to take pictures of firefighters raising the Stars and Stripes amidst the wreckage.

Now the iconic image and others that Mr Smyth shot that day will feature in a book that he is working on with acclaimed US Vietnam photojournalist Tim Page on whom Dennis Hopper’s character in the 1979 movie Apocalypse Now is based.

He said: “I’ve always been an admirer of his work and the way he captures the raw emotion of the human condition. But I discovered he lives about two hours from my home in Australia and after I made contact he invited me to spend a couple of days with him.

“It meant a lot that he was very impressed with my photos. It was Tim’s suggestion to do a book with him doing the photographs, detailing jobs in all the places I have worked over the past 25 years.”

Mr Smyth’s experiences growing up in Belfast will also feature.

He added. “I believe what I went through growing up in the New Lodge area helped me deal with the many scenarios I have encountered during my paramedic career. The chaos, the uncertainty, the daily traumas etc, were all part of everyday life when I was growing up."

Mr Smyth revealed that by coincidence, he has just found a picture of himself from 9/11.

“I was looking through different archives and was viewing a collection by Ricky Flores (a South Bronx Puerto Rican photographer), and found a picture of myself at the back of my ambulance triage area.

“I had just finished treating a patient and had lifted my camera as I was witnessing the firefighters fixing the flag to the pole and then to raise it. I had never seen the picture before.”

The bravery shown by Mr Smyth, who spent five days working at Ground Zero along with firefighters and who was close by when President George W Bush spoke to rescuers at the scene, was recognised by the authorities in the States.

They let him stay him on despite his immigration status having expired and the then Irish President Mary McAleese presented him with a bravery award in the Plaza Hotel in NYC.

He was also thanked personally by the Mayor of New York Rudy Giuliani and by Hillary Clinton, and received accolades back home in Belfast.

But he turned down the chance to appear on The Oprah Winfrey Show to be applauded for treating a young woman he had transported from the WTC with 95% burns over her body.

“All the media attention was getting too much. So I declined,” he explained.

I didn’t become an emergency paramedic to get awards. It’s nice for my family to feel proud. What most people do not know is that eight paramedics were killed that day, doing their job just like me. They are the people who deserve recognition. They made the ultimate sacrifice “

Mr Smyth is now based in the beautiful Byron Bay area of Australia after living in Sydney and Melbourne. He said: “I have worked through out-of-control bush fires, Biblical floods, Covid and all the usual trauma and sickness that paramedicine has to offer. The 2019/2020 bushfires were pretty hardcore. It was so unpredictable. They came as close as 15km to our home. That is next door by Australian standards.”

Looking back two decades, he said 9/11 changed the world but did not change him.

He added: “It reminded me how fragile life is, and how quickly things we take for granted can change. I think everybody can identify with that after lockdown and the ongoing pandemic.”