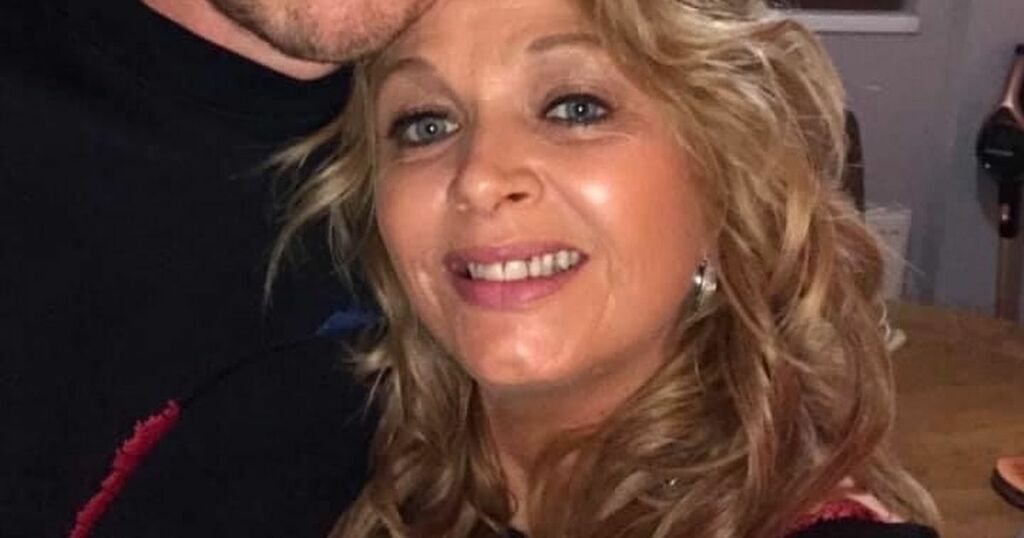 When Tracy Jones became a grandmother at 32, she knew she'd get funny looks from strangers - not least when they mistake her for her grandson's mum.

After having her first child aged 15, she was shocked when her son Wyatt revealed her was expecting a baby of his own at 17, but says being a young gran means she has more years to play with her growing family.

Now aged 43, Tracy recently celebrated her 25th wedding anniversary with husband Trevor, 45, despite relatives calling them a "disgrace" and fearing they wouldn't last when she became pregnant in 1993.

The couple now have two sons and seven grandchildren aged between 6 months and 10 years old - the oldest of whom is cheeky Harry, who raises eyebrows when he called her nanny in front of strangers.

"Numerous times me and Harry have been out and they’ve just gone, ‘What do you mean, nanny? That’s not nanny, that’s mummy!'" Tracy, who lives in Nuneaton, Warwickshire, tells the Mirror.

"Harry’s laughing his head off and says, 'I know she looks young, but she is my nan'. He finds it funny as well, he’ll say ‘You’re dead young, aren’t you nanny?' I say that I don’t always feel it!"

'People said we were a disgrace after baby at 15'

These days, Tracy earns a £90,000-a-year salary working for a non for profit housing association, while she and Trevor own two homes and each have their own cars.

It's a life the young grandmother didn't dream was possibly when she fell pregnant in March 1993, having met her future husband just months earlier at a working men's club in Coventry.

The revelation came as a big surprise to her parents, whom she admits were "disappointed" but vowed to support her if she decided to keep the baby.

"Straight away dad said, 'Well if Trevor’s man enough to get you pregnant then he needs to be man enough to face your family'," she recalls.

"So Trevor and my dad met for the first time when I found out I was pregnant - probably not the best meeting of all time!"

Trevor's parents were both Catholic and Tracy's mum was religious, so the couple were urged to "stand up to their actions" and decided to keep the baby.

However, while their immediate family were supportive, other relatives shunned the pair.

Tracy was hauled into a classroom by a concerned teacher and even taken to an abortion clinic for guidance by her school.

Having decided to go ahead with the pregnancy, she was transferred to a specialist school so she could continue her education while preparing for their new arrival.

"Of course we had people say, ‘They wont stay together, it’s not love, they’re just children’," she says.

"There were family members who wouldn't talk to us and thought we were a bit of a disgrace.

"We went through quite a lot up until having the baby. You lose your friends ... it was quite difficult really."

Tough start to life as a young mum

After welcoming baby Wyatt into the world, the couple rented a home in Coventry to start their life together.

Money was tight. Tracy was raising their child on a £30-a-week allowance, while Trevor worked for the council.

"It was tough, probably the first 10 years was a real struggle," says Tracy.

"We’d had our first child, we’d moved into what I'd say now was a real dump.

"It was a rented house, we couldn’t use the main living room. The landlord decided that our front room would be his storage area for other properties.

"Trevor says there were rats the size of cats - we certainly had mice!"

Taking up a job as a carer, Tracy worked nights to fit around the family's schedule and studied for her exams in the evenings.

In 1996 they got married, with Wyatt stepping up as a page boy. The following year, when Tracy was 18 and Trevor was 20, they had their second child, Kaine.

"We had nothing but they had absolutely everything growing up," she adds.

Rising up the ranks at work over the years, Tracy built up a healthy salary and the family were eventually able to move into their own home.

Entering his teenage years, Wyatt was a talented footballer and had trials at West Bromwich Albion - but his hopes were cut short by an injury at 15.

Two years later, when he called his parents together for a chat, Tracy recognised the look on his face instantly.

"We were a little bit disappointed when we found out he was having a baby at 17," she admits.

"I suppose we didn’t want that for our children.

"I said, 'Oh goodness, what are you going to do? We’ll support you. Of course we’d have supported them either way, we’d be hypocrites if we didn’t!

"It was just that we wanted a little more for them as children. But Wyatt’s a great dad."

Tracy admits they get odd looks from strangers "all the time" but sees the funny side.

"Even yesterday I was running around the hills at Wyatt’s with the kids. I was like, ‘Don't run, nanny can’t keep up!' she says.

"You can see people’s reactions, they just look over."

Harry loves to wind people up by deliberately yelling 'Nan' in public, while he also calls Trevor 'Paps'.

"People will look around like, ‘What do you mean, is that what he calls his dad?’" Tracy laughs.

Nonetheless, being young grandparents has its upside.

The close-knit family will often go out together and Tracy says they have more energy to play with the little ones.

"It’s strange because we’ve got such a great family dynamic," she says. "We’re all very close - I don't know if that’s the age factor. If we go on a night out, we go out with our boys and their partners and their friends. It’s very social."

"We’ve got goals in the garden and lots of toys for the grandchildren," she adds. "You’ve got that energy to spend with them because you are younger."

'Life is what you make of it'

Tracy says that despite having a successful career and raised a loving family, the couple have been "frowned upon for many years".

"People will say, 'Oh we’re having our first grandchild' and they’re in their fifties. I say, 'That’s lovely, I've got seven, it’s great being a grandma'," she says

"They look at me and go, 'You’re not old enough to be a grandma, let alone seven'. You almost feel like you’re being taken back to that stage [of being a young mum] again.

"People are still looking at you as life goes on because they almost calculate it - you can see them thinking about it in their head, going, 'I wonder how old she was'."

Having been a young mum and helped her son when he became a dad at 17, she has some encouraging words for anyone else going through pregnancy at an early age.

"It’s about thinking it’s not the end of the world. Life is what you make of it," she says.

"Keep going at what you want in life. Everything is still achievable. We never thought we’d buy our own house, we were in a council house in a council estate.

"Now we have two homes - we rent one out, have a nice sized house we live in. We both have cars and drive. All of the things you wouldn’t have thought about having a child at 15 and 17."

Want to share your story? Get in touch by emailing alex.bellotti@reachplc.com