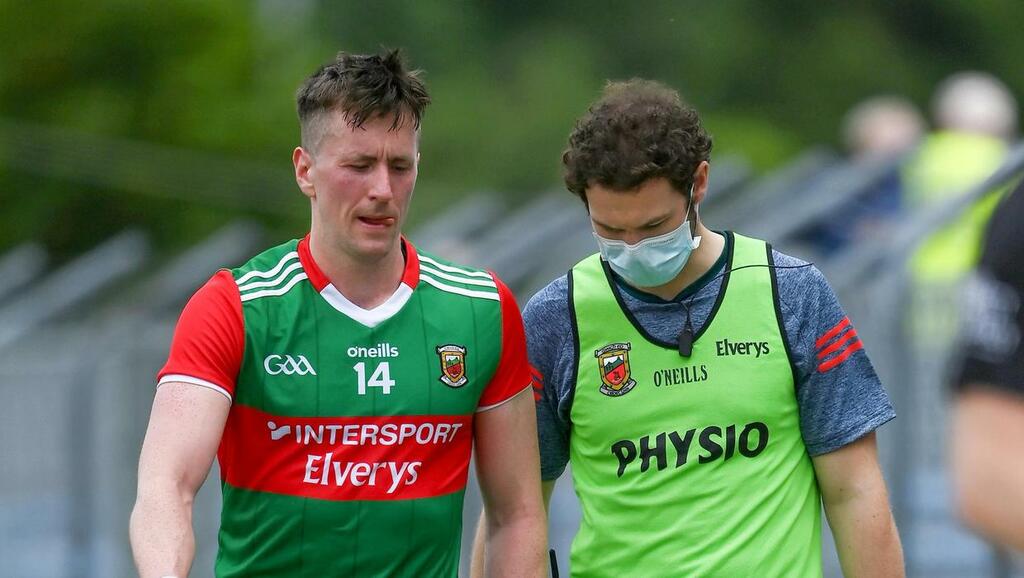 It didn’t seem an unreasonable argument to make that Mayo might struggle this summer without Cillian O’Connor.

For a team/county so often accused of lacking in elite finishers – or ‘marquee forwards’ as the cliché most regularly used to beat them goes – the absence of the championship’s top scorer, its highest goalscorer, felt fatal.

And yet here they are. The eve of an All-Ireland final. Favourites.

In mid-June, when Mayo confirmed that O’Connor had suffered a serious Achilles injury in a league match against Clare and would, in all likelihood, miss the championship, the case against them getting back here practically made itself.

In brass tacks, O’Connor had scored 5-40 of the 8-80 they hit in the five games of last year’s championship, 53pc of Mayo’s total.

Drill down a little deeper and his contribution was even more significant. Of the 8-51 that Mayo hit from play last year, O’Connor tallied 5-13. Or just over 37pc, a hefty share of their scoring burden.

And these were only the calculable losses.

As long-time team-mate Andy Moran put it not long after that confirmation that O’Connor would miss the summer: “So much goes through him and he sets the tone for the high press that Mayo like to effect. He leads and sets the tone for that forward line.”

Without O’Connor, a kind of spiritual leader for Mayo over the past decade, they ended a run of nine years and 16 games without beating Dublin in the All-Ireland semi-final.

And without O’Connor, the most prolific player to have ever kicked a ball at inter-county level, the man who has finished as the championship’s top scorer on four occasions, Mayo have actually increased their scoring rate.

In four games this year, Mayo have totalled 10-74, the same cumulative tally they had in 2020 across five.

They have, in the absence of their attacking leader and primary free-taker, gone from 21 points per game in 2020, to 26 so far this year.

And there were a couple of blow-outs against Sligo and Leitrim in the Connacht Championship this year which fluff the figures somewhat.

But against that, Mayo had to beat Dublin in the All-Ireland semi-final whereas last year, they went on a spree and put 5-20 on Tipperary at the same stage.

So how have they managed it?

The first place to start in search of how Mayo have made up for the shortfall is in the simple number of contributors.

Last year, 14 different Mayo players scored in the five games of their championship campaign. Already, after just four matches of this year’s, 16 have registered (compared to 19 for Tyrone).

The other natural source to examine is the increase in Ryan O’Donoghue’s figures.

Still in just his second season in the team, O’Donoghue went to James Horan after O’Connor got injured and touted for the role of free-taker for the rest of the year.

Everything considered, Mayo have taken a collective approach to compensating for the loss of their chief marksman.

Before last year’s final, only O’Connor, Tommy Conroy (1-8) and Diarmuid O’Connor (2-1) scored more than four points in the championship or averaging over one per game.

Mayo have shared O’Connor’s duties thinly among them.

There is an argument to be made also that without him, a higher number of scoring chances are created for those members of the Mayo attack who exist in O’Connor’s shadow.

The myth of O’Connor as being a ‘flat track bully’ is long disproven. His tallies are shown to increase when Mayo get to Croke Park.

But similarly, it’s true on the days when they rout an opposition, he tends to be the one that feasts most on scoring chances, as demonstrated in his notching an incredible four championship hat-tricks.

Put simply, without Cillian O’Connor, there is no Cillian O’Connor-type player in the Mayo attack, through whom such a high percentage of their attacking plays are channelled.

And this, it would seem by the evidence of four games, has brought more of the Mayo attackers into play more often than had been the case.

There is merit also in the theory that O’Donoghue and Conroy are taking greater responsibility as a matter of course.

That both are a little steadier on their feet having served abrupt and unique apprenticeships in the echo-y surrounds of the 2020 All-Ireland SFC.

Somewhat remarkably then, and against broad expectation, Mayo have not missed Cillian O’Connor.

The bare statistics demonstrate they have more than made up for his scoring power.

The stirring comebacks against Galway and Dublin showed that they have no shortfall of leadership either.

All of which comes with one caveat.

More than any player, he has put Mayo closer to Sam Maguire on the biggest days. To win it without him would be a staggering achievement.