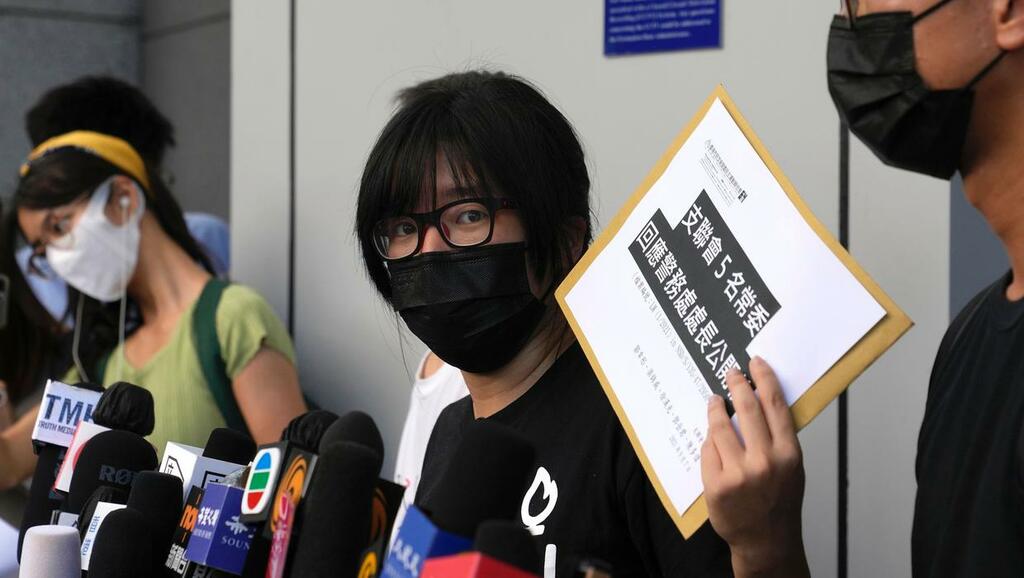 Chow Hang-tung, vice chair of the Hong Kong Alliance in Support of Patriotic Democratic Movements of China, made the comment shortly before the group submitted a letter to police rejecting their request for details of the body’s operations and finances.

“If someone openly says that they will flout the law, they can’t call themselves a civic society group,” Ms Lam said.

The alliance, known for organising annual candlelit vigils marking the bloody 1989 crackdown on pro-democracy protesters in Beijing’s Tiananmen Square, is currently being investigated by police for allegedly working for foreign interests.

Authorities have banned the vigils for the past two years, saying they violate coronavirus restrictions.

It said in a statement that the police do not have a right to request information from the group because it is not a “foreign agent” and that authorities did not provide sufficient justification in their request.

“This association believes that the issuance of the letter has no legal basis, so we will not provide any information requested in the letter,” the committee said.

The group first announced its decision to reject the police request on Sunday.

Police later warned the alliance that failure to comply could result in a fine of 100,000 Hong Kong dollars (£9,300) and up to six months in jail.

Hong Kong authorities have cracked down on dissent over the past year, after Beijing imposed a sweeping national security law in response to months of anti-government protests in 2019.

Dozens of pro-democracy activists have been arrested and the city has amended electoral laws to increase the number of seats for pro-Beijing legislators while reducing those that are directly elected.

Critics say the national security law, which has been used to arrest over 100 people, rolls back freedoms promised to the former British colony when it was handed over to mainland China in 1997.

Hong Kong was promised freedoms not found on the mainland for 50 years, such as freedom of speech and assembly.