Speaking to Sky Sports, the chief executive of LIV Golf Investments says he just wants to give players more choice.

Defending the $2bn in financial backing that comes from the Saudi's Public Investment Fund, he also insisted he did not "answer to Saudi Arabia."

While the likes of Phil Mickelson and Lee Westwood look set to play the inaugural $25m at the Centurion Club near St Albans from June 9-11 with Sergio Garcia, Ian Poulter and Martin Kaymer also rumoured to be keen to tee it up, Norman revealed a far more impressive line up will contest the first event.

"The releases have been submitted," Norman said.

"And we're going to see what happens with the European Tour and the PGA Tour, but I can tell you this though: 36 of the top 150 players are playing, there's 19 of the top 100, and six of the top 50 in that first event. Which is pretty impressive."

As for claims of sportswashing by Saudi Arabia, the Australian said he had no ties to the Saudi government but understood people's concerns.

"And it's reprehensible what happened with (Jamal) Khashoggi. Own up to it, talk about it.

"But if you go back into Saudi Arabia, they're making a cultural change from within to change that. They don't want to have that stigma sitting over there.

"The generation of kids that I see today on the driving range, they don't want that stigma going on into generations and their kids.

"They want to change that culture and they are changing it. And you know how they're doing it? Golf."

He added: "I'm not going to get into politics, I don't know what the Saudi government does. I don't want to get into that. Every country has a cross to bear.

"I answer to my board of directors, and MBS is not on that. Simple as that. So that narrative is untrue."

He was adamant the new tour was not a breakaway but "an additive."

"There hasn't been competition against the PGA Tour for 53 years, so a monopolist is going to sit back and go: I've got to protect what I've got.

"What are they scared of? We're not demanding anything out of the players. They can play one, two, four events, they can play whatever they want to play. It's their choice.

"Their commitment to the league when it gets to 2024 is because they will own part of a franchise. They'll be able to go: Okay, I want to be traded for 'X'. They will be creating value within that team.

"The value today that doesn't exist for any player, anywhere in the world."

LIV Golf announced its 2023-2025 schedule yesterday with 10 events planned for next year and 14 events slated for 2024 and 2025 in Asia Pacific, the Middle East, Europe and North America though no dates or venues were announced.

According to the release: "Schedules will never compete with the Majors, international team events or heritage events so players will always be able to make their own choices about where to play." 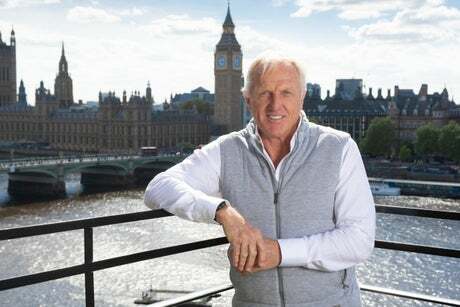 Evening Standard
From analysis to the latest developments in health, read the most diverse news in one place.
Gloves off as PGA refuses to release players for first rebel event

AFP
One place to find news on any topic, from hundreds of sites.
‘We’ve all made mistakes’: Greg Norman sparks outrage with comment about Jamal Khashoggi murder