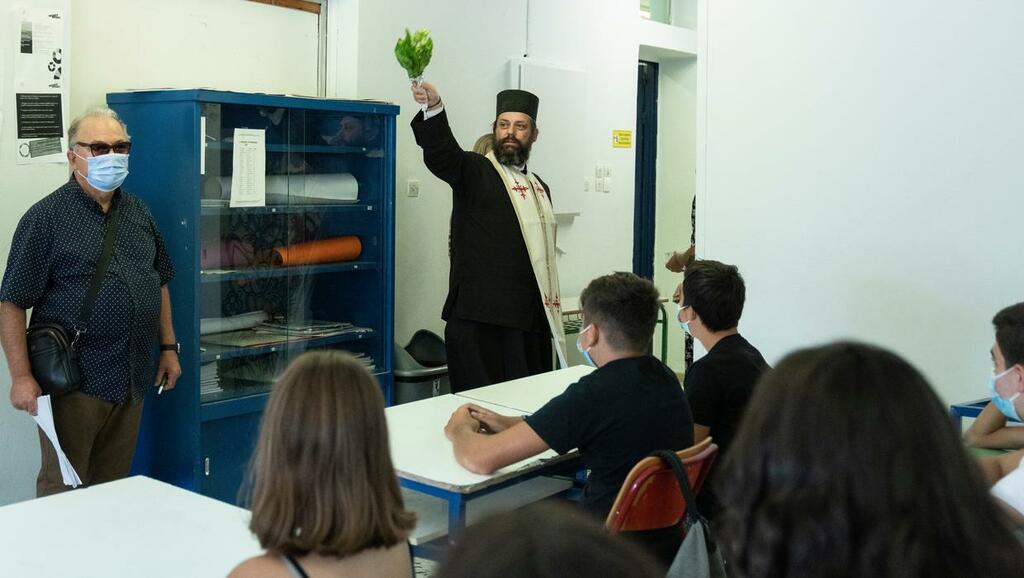 Greece introduced mandatory weekly testing for all unvaccinated workers as it struggles to boost vaccination rates that are lagging behind the European Union average.

Public and private sector employees will have to pay for weekly tests or carry a vaccination certificate to gain access to their place of work, while unvaccinated children at secondary schools which reopened on Monday are being given test kits distributed at government expense.

Similar restrictions will also apply at sports stadiums, museums and archaeological sites, as well as indoor leisure areas like cinemas and restaurants.

Some 56% of Greece’s residents have been fully vaccinated, while the average rate in the EU is just over 60%.

Greece has imposed vaccine mandates for health care workers and allows the vaccination of children starting at age 12.

Lockdowns last year pushed the economy into recession, with 2020 output shrinking by 8.2%.

“At the moment, the pandemic (in Greece) is showing signs of de-escalation, so the measures seem to be working,” development minister Adonis Georgiadis told private Skai television.

“Unfortunately this de-escalation is accompanied by the deaths of our fellow citizens who are unvaccinated.

“It hurts me to know that these people could have lived, but they fell victim to conspiracy theories.”