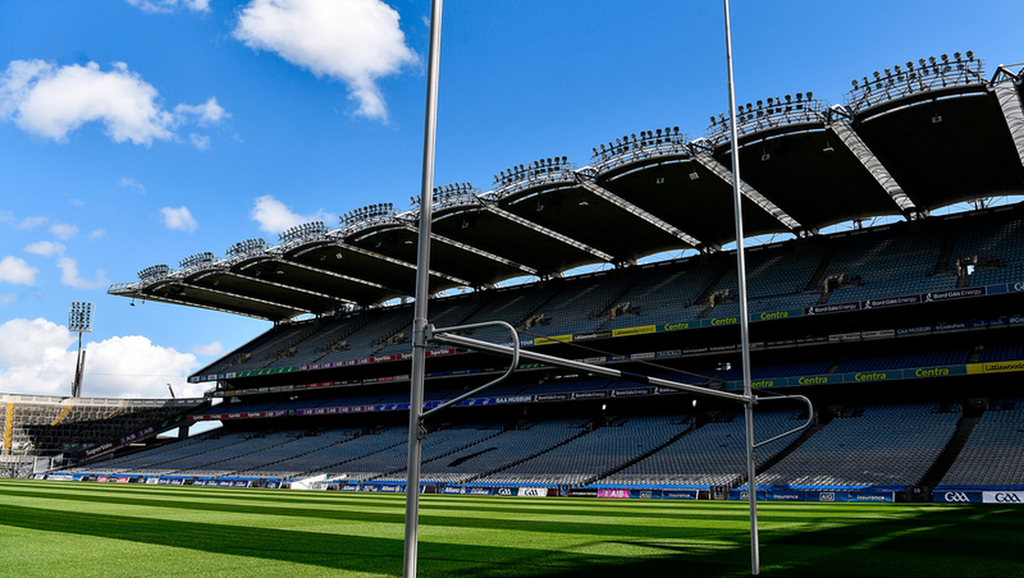 The Gaelic Players Association (GPA) have written to all county chairpersons and secretaries urging them and their delegates to back ‘Proposal B’ at Saturday week’s Special Congress in Croke Park.

The players body said they took the ‘unprecedented step’ of writing directly to counties insisting that “if this opportunity is missed ... we might not be presented with such a positive opportunity for change in the years to come.”

The GPA have come out strongly in favour of proposal B - a league-based model for the All-Ireland Senior Football Championship - over the last fortnight and, in their letter to counties, noted they had not been afforded the chance to reflect the views of the players.

Proposal B will need 60pc of the vote on Saturday week to pass. Proposal A, which involves a redrawing a provincial boundaries, is not thought to be in with a chance of getting passed.

GPA letter to counties in full:

"First of all, we want to explain why we are taking this unprecedented step of addressing you directly. On October 23rd a decision will be made on the future structure of the senior football championship. This will have far reaching consequences for Gaelic Football and for players who invest an incredible amount of time in representing their county to the best of their ability.

“We would like to ensure all delegates are aware of players’ views on the importance of this issue. At the most recent GAA Central Council meeting the Gaelic Players Association (GPA) representative, Tom Parsons, as mandated by the GPA National Executive Committee, requested but was not afforded, the opportunity to reflect the views of the players. Therefore, we are writing to you to outline the position of the vast majority of our members.

“Secondly, we feel it is vitally important that people make their views known on this matter. The result will impact the development, growth and commitment of inter-county players and inter-county teams for years to come.

"We thank those county board and provincial council representatives who have expressed their opinions; that includes those who have taken a different view to us. We respectfully call upon those in the highest positions of GAA leadership, to come behind this grassroots, players supported, movement for change. Although late in the day, there remains time for this to happen.

“Thirdly, and this almost seems to have been forgotten in the limited amount of debate to date, we want to thank the GAA’s Fixture Calendar Review Taskforce. This is the GAA committee that spent a significant amount of time, consulting with stakeholders, evaluating numerous proposals, and subsequently formulating two proposed structures that reflect the views of many, and will go before Special Congress on the 23rd of October.

"We must respect their work. Since putting forward their recommended proposals, they have received little support and have been subjected to some ridicule in the national media. On behalf of inter-county players, we want to acknowledge their work and their willingness to listen to the calls for change to the status quo.

“Following extensive consultation with players over the course of the last twelve months, which ramped up considerably in the last eight weeks, the Gaelic Players Association are strongly supporting Motion 19 or what is commonly being referred to as Proposal B, the league-based championship. We believe, if this opportunity is missed on the 23rd of October, we might not be presented with such a positive opportunity for change in the years to come.

“These are the reasons why players are backing the motion:

Fairness: All teams will play the same number of games to progress through to the knock-out stages. Gone would be the situation where, for example, an Ulster team may need to win four games to reach an All-Ireland quarter-final while a Munster team may only need to win two to get to the same stage. These games will also be played among teams of a similar standard. This minimises the potential for one-sided mis-matches, which have damaged our Championship structure over the years.

Development: Each county will be guaranteed seven championship games at a time of year when most players and teams want to be playing football. These games will be against teams at their own level with the opportunity to progress, rewarding success. This will benefit the development of players and counties both now and into the future. It is also important that the Tailteann Cup is set up to succeed. Having had extensive consultation with players, the fact that it is linked to promotion the following year, will greatly help the success of the competition.

Change: The Fixture Calendar Review Taskforce was established by then GAA President John Horan because there was an acknowledgement that change was required. We know players have been crying out for change for a number of years, a call that has been echoed by the wider Gaelic family. Inter-county managers are also strongly in support of this motion. The system, that once worked, now needs change. Some of the top minds within the GAA have formulated proposals for change. To disregard their work and discard the momentum and need for change would have a significant impact on the morale & development of players and Gaelic football.

Since we have spoken about our support for Proposal B, two concerns consistently have been raised with us – loss of status for the provincial championships and financial projections.

To those of you concerned about the financial implications of backing Proposal B, we would ask you to seek answers from the powers that be in Croke Park.

To us, it makes sense that with significantly more championship games, there will be significantly more money for distribution to counties. Projections developed by Fixture Calendar Review Taskforce member Conor O’Donoghue estimate an additional €10 million revenue through the Proposal B structure, including approximately €2.2 million extra to provinces.

All additional funds are ultimately distributed to counties. Given the financial issues that Covid has wrought, this will bring welcome financial relief to county board officers.

Players are asking GAA Special Congress delegates to give the two proposals careful consideration but ultimately, we are asking you to back Proposal B, the league-based championship. We thank you for your time in reading this letter and would welcome any discussion with you on any of the above.”