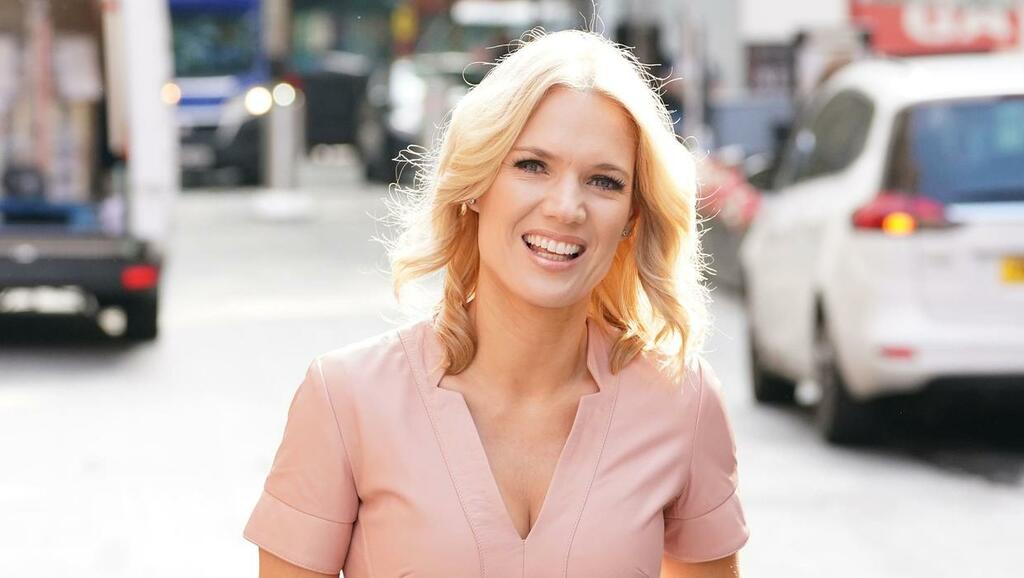 Good Morning Britain presenter Charlotte Hawkins has revealed she had to seek medical attention after her leg went numb while suffering from long Covid.

On the programme on Friday, Hawkins said she only had “mild symptoms” when she had coronavirus but has experienced exhaustion, “brain fog” and leg numbness since.

Hawkins, 46, had taken a break from her presenting duties while suffering from the virus but returned to the show this week.

Talking long covid on @gmb, despite luckily only having mild symptoms I’ve been left with exhaustion, brain fog & leg numbness/pain that had to be checked for suspected blood clot (fortunately wasn’t). Sending love to all those battling the effects & after-effects of this virus♥️

Speaking to Kate Garraway and Ben Shephard on the show, Hawkins said: “I was obviously really grateful that I had just mild symptoms, I had extreme tiredness at the time, and cold-like, symptoms.

“Coming back to work on Monday I felt okay, and then just absolute exhaustion hit me, and that’s kind of how I felt all week this week.

“And that sort of really wobbly feeling, the brain fog.

“Yesterday, I had a situation with my leg that went completely numb and I had a pain.

“I rang the doctors and had to go in to have it checked for a suspected blood clot, it wasn’t luckily, which I’m very grateful for.

“I think I sort of assumed because I’ve been lucky enough to have it mildly, that I would emerge from this and think everything would get better.

“But there are so many people who are living with all sorts of strange after symptoms, of all varying degrees.”

Shephard said: “We’re used to tiredness when we come off air, but this is a very different sort of tiredness,” to which Hawkins clarified: “It’s absolute exhaustion.

“I’ve just got to come straight back home and go to bed and that’s it, can’t do anything.”

Garraway has received praise and critical acclaim following the documentary Finding Derek earlier this year, which showed her family life while her husband Derek Draper spent a year in hospital after contracting coronavirus.

The programme won the authored documentary prize at the National Television Awards in September.

Discussing Hawkins’s experience, Garraway said: “Very frightening as of course we know blood clot formation is one of the products that Covid can cause for people, it’s one of the things that happens.

“So thank goodness you’re fine, but not ridiculous to think it might have been.”

Garraway also referenced new research by the Office for National Statistics which suggests more than a million people in the UK are estimated to be experiencing self-reported long Covid.