Five contenders to step into the Old Trafford hotseat 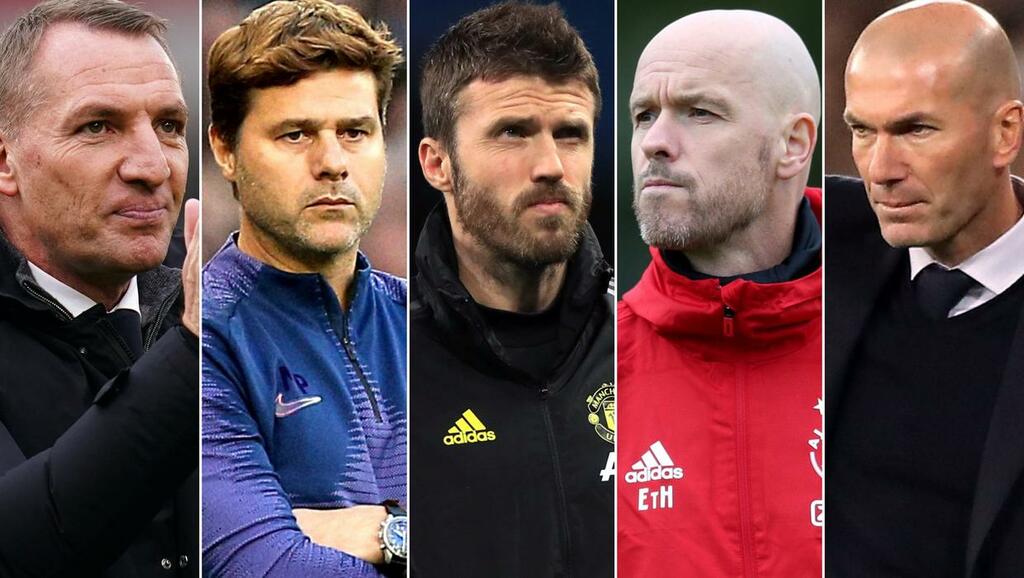 Manchester United are on their hunt for a new manager after Ole Gunnar Solskjaer was sacked following the chastening loss at Watford.

In charge since December 2018 after initially being brought in as Jose Mourinho’s temporary successor, the humiliating 4-1 defeat at Vicarage Road brought down the curtain on the 1999 treble hero’s Old Trafford reign.

Michael Carrick has been placed in temporary charge, with United saying they will be looking for an interim boss until the end of the season, though several big names will be mentioned irrespective of that.

Here we look at five potential candidates for the role.

The current bookmakers’ favourite to succeed Solskjaer, the 49-year-old has been out of work since leaving Real Madrid earlier this year. The France great managed the Bernabeu giants’ reserve team before taking control of the senior side in 2016, winning a LaLiga crown and three successive Champions League titles. Zidane left in 2018 but returned 10 months later, leading the side to another league title before departing again in May.

The highly-rated Northern Irishman has done an impressive job at Leicester, with last season’s FA Cup triumph complementing back-to-back fifth-placed league finishes, although the Foxes are struggling in comparison this term. Rodgers certainly knows what it takes to manage big clubs, having been agonisingly close to leading Liverpool to the Premier League in 2014 before joining Celtic. He won seven domestic trophies during his two-and-a-half-season stint in Scotland.

Long admired by the Old Trafford hierarchy, PA understands he was interested in the job at several points during Solskjaer’s reign. Pochettino was on the market after being sacked by Tottenham, who he left months after taking to the 2019 Champions League FINAL, until joining former club Paris St Germain at the start of 2021. There have been bumps in the road for the former Southampton boss in France but prising him away from Lionel Messi, Neymar and Kylian Mbappe might be tough.

The Ajax boss is a fine coach with the lowest profile of the contenders listed here. Ten Hag managed Go Ahead Eagles, Bayern Munich II and Utrecht before heading to Amsterdam in 2017, leading the Dutch giants to the Champions League semi-finals in 2019 when they agonisingly lost to Pochettino’s Spurs. The 51-year-old has won two Eredivisie titles during his time at Ajax, as well as a pair of KNVB Cups and the Johan Cruyff Shield. They are currently three points behind league leaders PSV Eindhoven after back-to-back draws.

Following the departure of Solskjaer, Carrick was named interim manager until the end of the 2021/22 season. Solskjaer had started his tenure at Old Trafford in a similar role when named caretaker boss in December 2018 after Mourinho’s sacking and went on to win 10 of his first 11 games before being named full-time boss in March. Carrick will hope he can turn things around in similar style to stake his own claim for the role on a full-time basis. He has been part of the coaching set up at United, originally under Mourinho, since retiring as a player in 2018 after a 12-year career at Old Trafford.