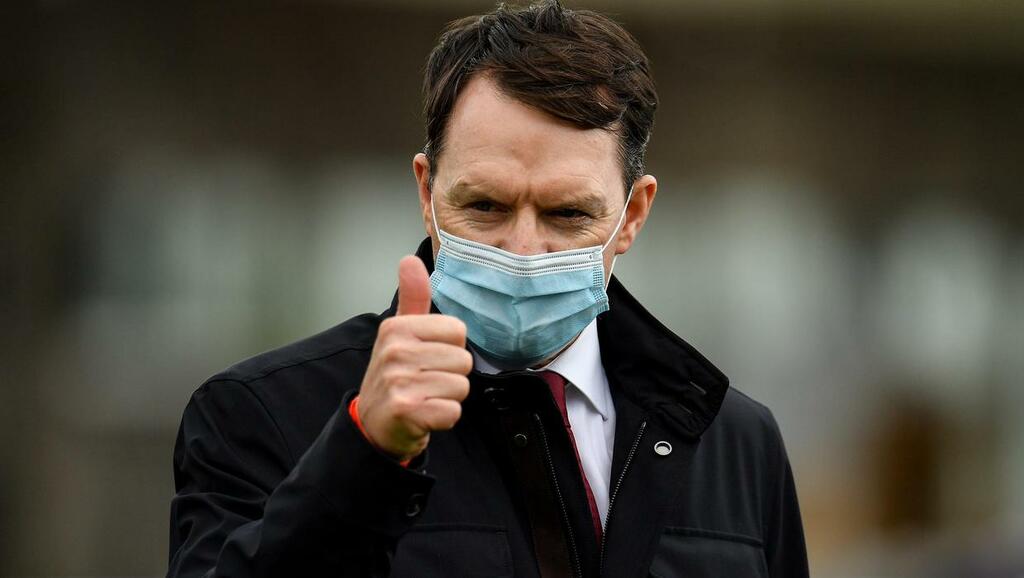 Leopardstown racecourse held its inaugural meeting 133 years ago in late August, and billed it as “The Great Metropolitan Carnival”.

While the venue and the racing itself were of high quality, unfortunately, the event was badly managed on various fronts. Catering for about 1,000 people was provided but apparently, over 50,000 showed up. An article a week later in the Westmeath Examiner said that the “imperfect arrangements would lead to crushing and unpleasantness, and were simply stupid and abominable”.

Rather amusingly, the report finishes on a high note and the crowd seemed to be in good spirits: “The course is beautiful, the fields were large, and the racing good; and notwithstanding the suffering people had to undergo getting into the course, everyone seemed in good humour”.

With crowds still restricted for Irish Champions Weekend at Leopardstown and the Curragh due to  Covid, we won’t have such worries – but it’s fantastic to see sporting events with some sort of crowd in attendance at least, and this has become one of the biggest events in the calendar.

Last week was horrendous for this corner with three of my five bets finishing second and my instinct is to look for a decent-priced bet this afternoon to compensate. But in all the top races today, I fancy those nearer the shorter end of the market –  so apologies in advance to those readers who like to avoid the jolly.

The big one at Leopardstown is the Group One Irish Champion Stakes (2.45) and the obvious, if unoriginal, selection is Aidan O’Brien’s St Mark’s Basilica, which trades around 11/10 at the time of writing.

I’d backed Addeybb in the four-runner Coral-Eclipse at Sandown so I can’t say I was happy to see St Mark’s Basilica triumph, but it was a very decent performance and it came on the back of a couple of Group One wins in France.

Once again, we have a four-runner field and with more improvement likely, he’ll be very hard to beat under Ryan Moore, and will hopefully help me get over my poor run of form.

Dermot Weld’s mare Tarnawa is a multiple Group One winner and will probably give the favourite the most to worry about. The 2,000 Guineas winner Poetic Flare will be another big threat if having a good day, although I fear Jim Bolger’s colt has become a little inconsistent.

Also at Leopardstown, Mother Earth gets the nod at 6/4 in the Fillies’ And Mares’ Group One Coolmore America ‘Justify’ Matron Stakes (1.40), again for O’Brien under Moore.

She went off the boil a little bit following her victory in the 1,000 Guineas, but got her career back on track where she battled gamely to win the Group One Prix Rothschild.

We’ve Classic action across the water and it’s hard to see past Hurricane Lane in the St Leger (3.35 Doncaster), albeit at the restrictive price of 4/5. With five wins from six races, including the Irish Derby, the son of Frankel is quite special and his only defeat came when he finished a respectable third in the Derby.

His breeding suggests he’ll get the trip, and he comes here following a wide-margin success last time in the Group One Grand Prix de Paris at Longchamp. Priced around 15/2, Mojo Star could be the dark horse.

Reach For The Moon looks nailed on in the four-runner Group Two Champagne Stakes (2.20 Doncaster) but will probably be as short as Hurricane Lane. John & Thady Gosden’s colt has won his latest two races at very skinny odds, but he’s the one to beat again with main rival Lusail carrying a 3lb penalty for a previous Group Two victory.

Finally, I’m quite keen on Danyah at 5/2 in the Group Two Cazoo Park Stakes (3.0 Doncaster). Laneqash will probably go off as favourite here around 13/8, but I was impressed with Danyah’s success in the 19-runner International Stakes at Ascot and feel he’s now ready to race at this level.