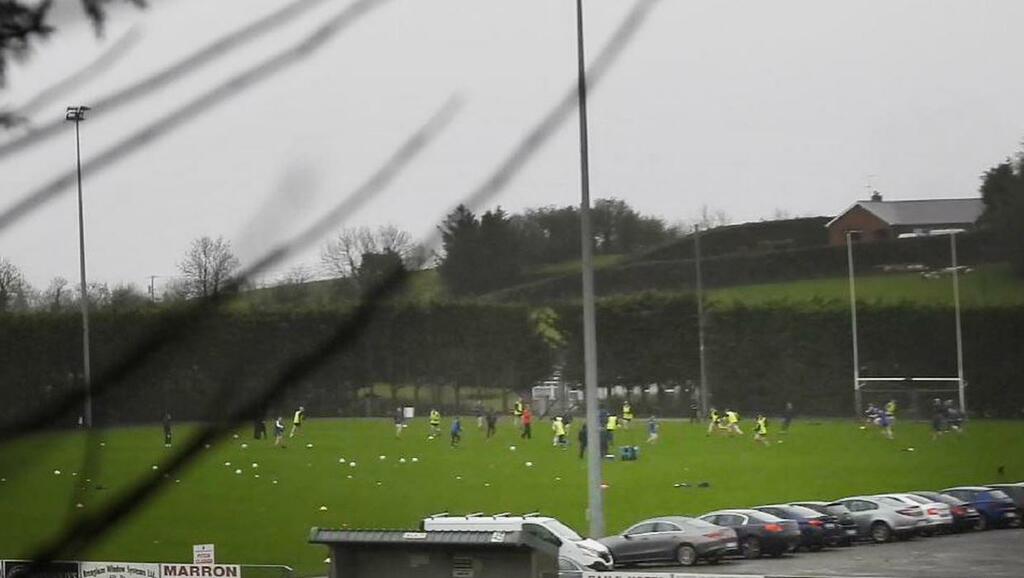 Conor McManus’ 2021 season came to a close last Friday night. A league final defeat to Scotstown in Castleblayney closed the book on another year, just as the page is about to turn on another one.

Clontibret were well beaten on the night by a Scotstown team gearing up for another cut at the Ulster club championship. McManus left with a hand broken in three places to show for his efforts. Six to eight weeks out is the early prognosis.

“I will be well rested by the time the McKenna Cup comes around,” he smiles.

Collective training resumes on December 8 and counties will roll into their pre-season competitions early in the new year before the league starts at the end of January. It’s hardly the ideal schedule for a 33-year-old with recurring hip trouble who is entering his 16th season.

However, he’s been around the block long enough to know when he needs to pull back and when he can push on. And with more football behind him than ahead, he’s more inclined towards the latter.

“It’s just an ongoing battle (with the hip), yeah. There’s days you feel as if you’re very much on top of it and then there’s other days you think, ‘Jesus, this thing has me beat here’. It’s just a constant rehab process and you try and keep on top of it as best you can, and once you have the pain being kept away you can function reasonably well.

“But it’s definitely more a case now of managing your load and managing your playing time maybe even more so than I would have been doing five or six years ago, where you’d be doing every training session and playing every game or as many games as you could. Now you just have to be a wee bit smarter.”

Amongst other things, 2021 brought the familiar and the unwelcome. Not for the first time, Monaghan came out on the wrong side of a tight championship game in Croke Park.

In McManus’s debut season of 2007, Monaghan lost to Kerry in an All-Ireland quarter-final at Croke Park by the minimum and the Kingdom went on to win the All-Ireland.

This year saw a similar story with Tyrone’s one-point Ulster final win providing a launch pad for them to go all the way.

“It’s bittersweet surely because we fell short against Tyrone in an Ulster final – beaten by a point. You could probably argue that neither team played particularly well that day. We probably had chances and Tyrone probably had further chances as well to pull away from us.

“When you lose a game by a point you always feel as if you are there and (Tyrone) beat Mayo quite comfortably. It gives you hope (that you’re) there or thereabouts, particularly when you see that team going on ahead to win the All-Ireland – and deservedly so.

“That they go and beat Kerry then after extra-time gives you hope because the last five or six years we have all been running into Dublin and everybody has been coming up short.”

Narrow defeats such as that Ulster final lead to introspection. But McManus isn’t buying the idea that their April training session, which contravened Covid-19 regulations and led to a 12-week suspension for manager Séamus McEnaney, damaged their campaign in any way.

“It didn’t really (affect us), to be perfectly honest. I would say it’s not ideal, every team in the country was probably training but we were one of the teams that got caught.

“A lot of people probably were on our side somewhat in so far as you could understand why people were going out training in the fresh air. It wasn’t doing any harm when you see what has followed since that, we’ve been fit to play a full championship and we’ve had crowds back out and everything else.

“Lookit, that has all coincided with the vaccines coming into play. It was something that happened, we dealt with it back then, we put it to bed and just moved on from it.”

McManus believes the incident was representative of a “surreal” time.

“We’ve all gone back to our own club championships, they’ve all gone ahead. We’re back in pubs and restaurants and things like that there, and when you look at guards and the Department of Justice and things like that coming to Gaelic fields and telling you you’re not allowed to be out on a field, it was surreal. As I say, we’ll look back in a number of years’ time and just say that was crazy stuff.”

Dermot Malone has moved on but otherwise Monaghan expect everyone to return for 2022. And if the last two seasons have taught McManus anything, it’s to enjoy every minute.

“The end (of his career) is definitely closer than the start anyway, that’s for sure,” said McManus, who was speaking courtesy of Imagine Broadband.

“Lookit, I suppose you appreciate it all a wee bit more. Last year maybe even more so with the crowds back at the games towards the end of the league. Even though it might initially only have been 400-500, it was a big difference from playing behind closed doors. And as the summer moved on we got more crowds back in and full attendances into championship games, the game down in Newry against Armagh obviously and then the game against Tyrone in Croke Park. Definitely, you appreciated it a wee bit more this year.

“The year of Covid or whatever, 2020, it wasn’t ideal playing championship games in the depths of winter behind closed doors, so I think we all appreciate it a wee bit more now and I’m definitely looking forward to year 16.”

The return of the McKenna Cup in January
“At the end of the day, teams are going to be looking for challenge games anyway. So I don’t see it as a major disadvantage either way.”

The defeated proposal ‘B’
“I wasn’t overly surprised and wasn’t really overly disappointed either to be perfectly honest with you. I do feel something needs to change but that probably wasn’t the right format.
“It probably wasn’t far away but I feel if we are going to do it we need to have all the ‘I’s dotted and ‘T’s crossed.
“I suppose you’re never going to keep everyone happy no matter what way you change things up. The one thing I do think it has highlighted is there is a need and want for change.”

Donie Buckley
“He’s top class. The one thing we’ll be looking forward to this year is actually having Donie for a full period of time, and him getting his teeth into us more and more.
“You could only just start to see the fruits of where we were going with things. And then obviously the year ended with defeat in the Ulster final . . . the more time we can spend with him, the better.”