Facebook has been attacked for sharing private messages with police in a criminal abortion case against a mother and her teenage daughter.

Jessica Burgess stands accused of helping her daughter Celeste Burgess, who was 17 at the time, in carrying out an abortion before burning and burying the foetus in Norfolk, Nebraska, in April.

The case was built around texts the mother and daughter exchanged via Facebook’s Messenger platform, which were provided to law enforcement by the social media giant.

The messages allegedly showed that Jessica Burgess obtained abortion medication for her daughter and instructed her on how to use it  when she was 23 weeks pregnant – beyond Nebraska’s 20-week cut-off.

The mother has pleaded not guilty to all five criminal charges, including three felonies, in the Mad ison County district court.

Her daughter is now being tried as an adult and has pleaded not guilty on three counts, including a felony.

Officials have also charged a 22-year-old man for helping the mother and daughter in burying the foetus.

The case – which comes on the heels of the Supreme Court overturning Roe v Wade – has sparked widespread outrage against Facebook with Messenger users being urged to switch to more secure, encrypted platforms.

The company has insisted it was merely complying with legal warrants.

The Burgess inquiry began in late April after  a detective received a tip that Celeste had miscarried and buried the remains  with the help of her mother, according to a search warrant affidavit.

The state’s case rests on evidence shared by a Norfolk police investigator who was provided with  the teenager’s Facebook messenger chats, obtained via court order, raising questions of the social media platform violating the mother and daughter’s privacy.

In court records, the police investigator had sought for the search warrant to be issued for their private chats on Facebook Messenger.

The investigator also requested for the chats without informing the mother and daughter as the disclosure “may result in the destruction of or tampering with evidence, or have an adverse result or effect on the investigation”.

Facebook’s parent company Meta has defended charges of divulging private information in the case of the alleged abortion, stating that it was served legal warrants.

“ Much of the reporting about Meta’s role  in a criminal case against a mother and daughter in Nebraska is plain wrong. We want to take the opportunity to set the record straight,” the company said in a statement.

It added that the warrants, received from local law enforcement on  June 7 “did not mention abortion at all”.

“Court documents indicate that police were at that time investigating the alleged illegal burning and burial of a stillborn infant. The warrants were accompanied by non-disclosure orders, which prevented us from sharing information about them. The orders have  now been lifted. ”

Facebook has come under fire from several social media users who have pointed to encrypted messaging services that people should use instead.

“Abortion rights supporters have long warned about the destructive power of mass surveillance in the hands of the anti-abortion movement. Now, we’re seeing what that could look like,” wrote international rights organisation Global Justice Centre. 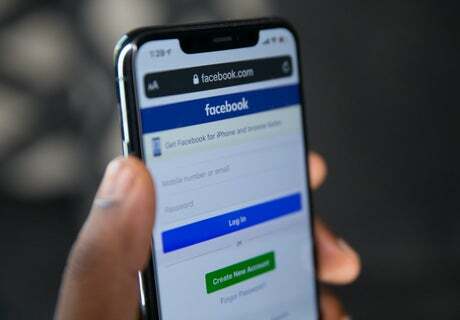 Evening Standard
From analysis to the latest developments in health, read the most diverse news in one place.
Facebook gave US police access to private messages in abortion case against mother and daughter

Facebook sparks outrage by complying with US police probing an abortion case, boosting simmering fears the platform and its "private"…

The Independent UK
One place to find news on any topic, from hundreds of sites.
Concerned About Abortion Surveillance and Law Enforcement? Time To Treat Encryption Seriously

A mother-daughter arrest in Nebraska was fueled in part by unencrypted Facebook messages police accessed through a warrant.