By By Ian Jones, PA 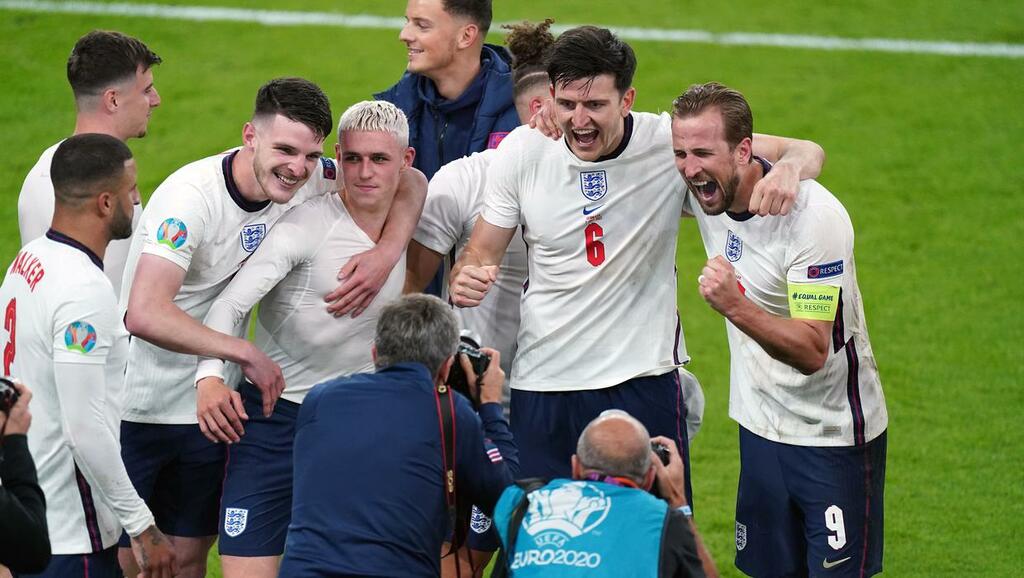 Football, royals and the hunt for a “bent copper” saw 2021 deliver some of the biggest TV audiences in the UK for many years, new figures show.

England’s progress through the Euro 2020 football tournament won bumper ratings for the BBC and ITV, but it was England’s semi-final victory over Denmark on July 7 that ended up the single most-viewed broadcast by any TV channel, seen by 18.4 million on ITV.

This was the largest audience for full coverage of a football match shown exclusively on one channel since Euro 2012.

The concluding episode of BBC One’s police corruption drama Line Of Duty, in which the elusive “H” was finally unmasked, pulled in the biggest ratings outside sport, with an audience of 15.7 million – enough to make it the most-watched drama series of the 21st century so far.

Not far behind was Oprah Winfrey’s exclusive interview with Prince Harry and Meghan, Duchess of Sussex, with 14.8 million viewing the broadcast on ITV.

The figures have been compiled by the PA news agency from data published by the audience research organisation Barb.

They reveal that the top 10 most-viewed programmes of last year were a mix of drama, entertainment, current affairs and live events – although Covid-19 was responsible for two entries in the chart.

Prime Minister Boris Johnson’s announcement on January 4 of a new nationwide lockdown had an audience of 14.3 million on BBC One, while the special news programme that followed directly afterwards on BBC One was seen by 11.1 million.

Household favourites Strictly Come Dancing and I’m a Celebrity… Get Me Out Of Here! both appear in the top 10, with the Strictly final seen by 12.2 million people and the launch of I’m a Celebrity attracting 11.0 million.

Newer programmes managed to make it into the chart, however, in the shape of BBC One’s submarine-based thriller Vigil and ITV’s celebrity guess-who competition The Masked Singer.

All Barb figures are consolidated ratings, meaning they include people who recorded and watched a broadcast up to seven days later.

They cover audiences watching on TV sets, PCs, tablets and smartphones: a definition that has been in place only in recent years, making comparisons with historic ratings – which are based purely on TV audiences – less precise.

But even when excluding people viewing on non-TV devices, the final of Line Of Duty still stands as the most-watched episode of a drama series on British television since March 1999, when an episode of ITV’s A Touch Of Frost was seen by 15.8 million.

Only a tiny number of programmes have managed to attract TV audiences of more than 15 million in the past decade, such as The Great British Bake Off (15.9 million in October 2016) and The X Factor (17.7 million in December 2010), which makes Line Of Duty’s success even more notable.

Although ITV tops the chart based on broadcasts exclusively on one channel, the Euro 2020 final on July 11, which England lost on penalties to Italy, was shown by both the BBC and ITV, with more than 18.0 million watching BBC One and 4.4 million ITV – a combined audience for full coverage totalling nearly 22.5 million.

Barb does not release publicly available data showing how the size of an audience varies during a broadcast, but it is likely that the number who watched the match just from kick-off to final whistle was even higher.

And while 14.3 million saw Boris Johnson’s lockdown statement on BBC One, a further 5.5 million saw it on ITV.

Just outside the top 10 were shows such as ITV drama The Pembrokeshire Murders (9.8 million), Channel 4’s The Great British Bake Off (9.6 million) and stalwart BBC One drama Call The Midwife (8.8 million).

Here is the top 10 in full, compiled by the PA news agency from Barb data. It is based on the highest-rated instance of each programme.