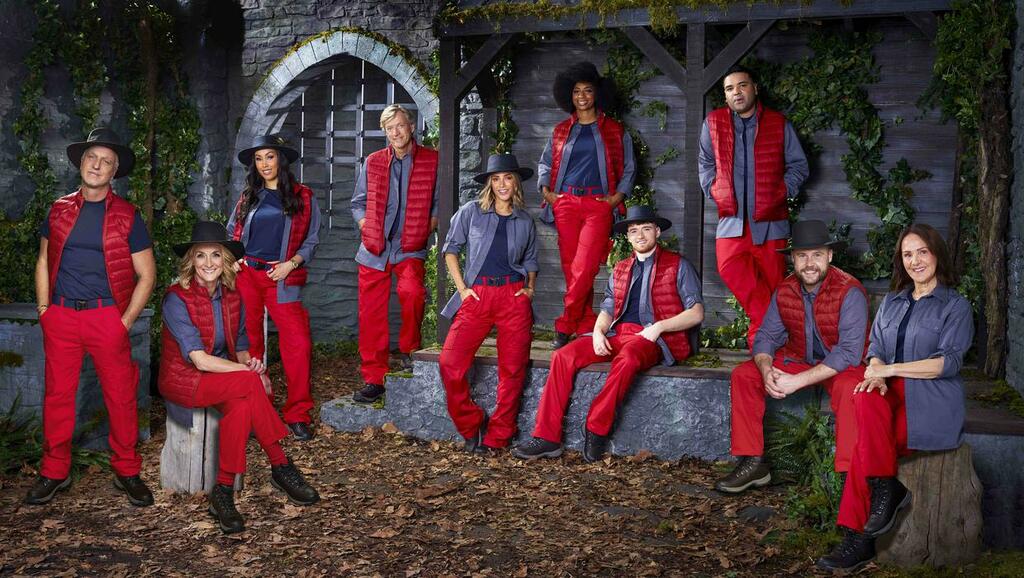 Emmerdale star Danny Miller shook with fear before he was dropped over the side of a cliff during Walk The Plank – his first challenge on I’m A Celebrity… Get Me Out Of Here!

The new series of the ITV show kicked off with the soap star, music producer Naughty Boy, presenter Louise Minchin and radio DJ Snoochie Shy attempting to walk across a wooden plank 213 feet in the air above a quarry lake, before stamping on a button with their foot to make their opponent’s platform drop.

The task decided who won the keys to the castle to decide which celebrities will stay in the main camp with food and a bed, and who will be sent to “Castle Clink” and given basic rations, with Naughty Boy and Miller dropping and swinging in the air from their harnesses.

The group were transported to the challenge in a helicopter.

Miller revealed he suffered from car sickness and threw up in his mouth during the journey while clutching a sick bag.

However, to reach the keys they needed to insert their arms into “hell holes” filled with snakes, with Cox and Lee coming out on top.

All of the famous faces will later gather at the “turrets of terror”, a three-level structure positioned in front of Gwrych Castle, where the first trial of the series will be held.

Broadcaster Richard Madeley and singer Frankie Bridge are chosen as the first celebrities to complete in the trial following a public vote, and the winning team is allowed to select who will represent them.

Madeley and Bridge will have to battle it out to reach the top of the turrets to retrieve their key to the castle door, but they will face locked doors and “castle critters” along the way.

The flagship series is returning to Gwrych Castle near Abergele in North Wales for a second year due to ongoing coronavirus travel restrictions, preventing filming at its usual location in the Australian jungle.