Frankfurt have dispatched the likes of Barcelona and West Ham en route to Sevilla and remain unbeaten as they prepare for their 12th game of the competition.

Rangers saw off Braga and RB Leipzig in the quarter-finals and semi-finals to reach their first European final since losing to Zenit in 2008.

Frankfurt are looking for their second European trophy, winning what was then called the Uefa Cup in 1980. Rangers are preparing for their sixth European showpiece, having won just one of the previous five, way back in 1972.

Eintracht Frankfurt is scheduled for an 8pm BST kick-off today, Wednesday, May 18, 2022.

The Estadio Ramon Sanchez-Pizjuan in Seville will host the match.

Where to watch the Europa League Final

TV channel: The match will be televised on Virgin Media 2 and BT Sport 1.

Martin Hinteregger remains out for Frankfurt, which is a huge blow at the back in their 3-4-2-1 formation. Almamy Toure is expected to deputise, and should be joined by Evan Ndicka who has survived an injury scare. Daichi Kamada will look to add to his five goals in the Europa League so far.

For Rangers, Alfredo Morelos and Filip Helander remain sidelined, while Kemar Roofe has been declared fit.

Giovanni van Bronckhorst made 10 changes for the final game of the league campaign, meaning the likes of James Tavernier, Connor Goldson and Joe Aribo will all be fresh for the trip to Spain. Amad Diallo will be hoping to end his loan spell from Manchester United on a high note, though is unlikely to start.

Both teams will be far from happy with their domestic showings this season but will look to their exploits in Europe as a more than satisfactory compromise.

Rangers have had to endure Celtic climb back to the top of the Scottish football tree, while Frankfurt finished scrapped an 11th-placed finish in the Bundesliga thanks to a slightly superior goal difference over those around them.

Frankfurt’s last win of the domestic season came back in March but remarkable victories over Barcelona and West Ham en route to the Sevilla showpiece prove they have cultivated a recipe for success in Europe.

Rangers are regularly dispatching teams in Scotland and their 3-1 win over RB Leipzig in the semi-final second leg will go down as one of their greatest nights in recent history, but this may be one step too far for Giovanni van Bronckhorst & Co.

The Europa League final will be the first time Frankfurt and Rangers have played each other. 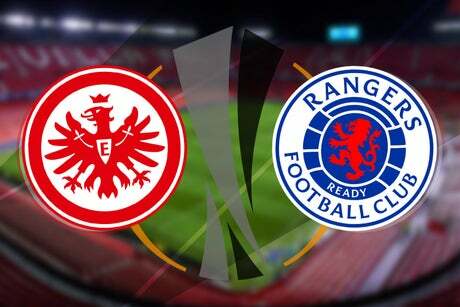 Scottish giants Rangers face German outfit Eintracht Frankfurt in Spain tonight; this is how you can watch the match for…