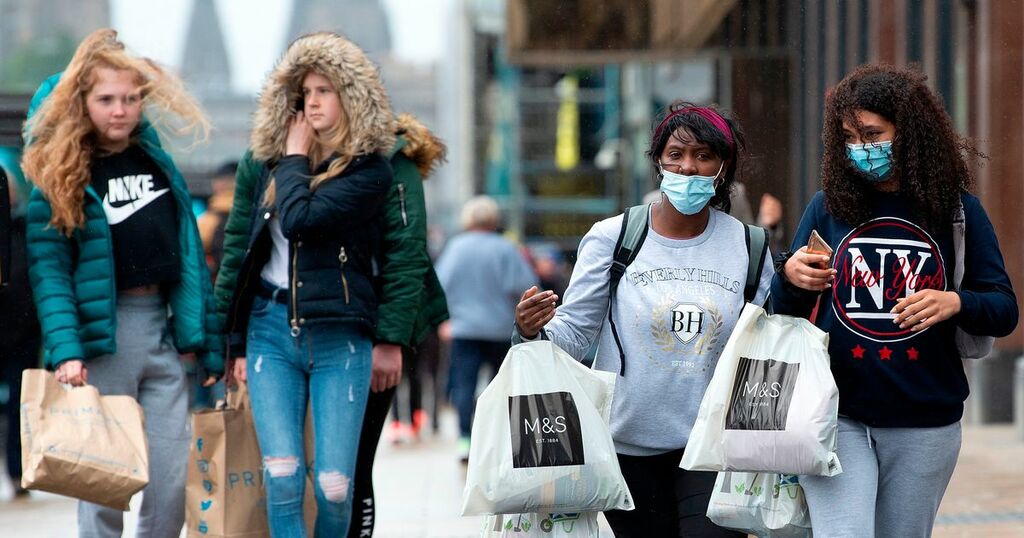 Inflation set to hit 9.1 per cent - here's what it means for you and your money
Experts are warning that inflation could hit 9.1 per cent with the Bank of England warning it could reach double…

Edinburgh Live
Rate hikes are here. Should you switch your home loan now?

Irish Independent
CD rates are poised for a comeback. Now, if only inflation would calm down
Following CD rates in recent years has been a lot like watching paint dry at the bottom of a barrel:…

Tribune News Service
Explained: Why inflation in India will take time to moderate even after rate hikes

NEW DELHI: At a time when major economies are bracing up with measures to control soaring prices of essential commodities,…

ECB rate hike — what it means for you, your family and your business

Indeed, some came of age when central bankers were more concerned about the lack of inflation and when interest rates were low.

But times are a-changin’.

On Thursday, the Central Statistics Office reported that the annual rate of inflation rose to 7pc in April from 6.7pc in March.

In March, the Economic and Social Research Institute ( ESRI) predicted consumer prices would peak this summer at 8.5pc, a level not seen since 1984.

The European Central Bank has been trailing behind the US Federal Reserve and other major central banks that have already taken the step to combat inflation.

But there were more signals last week from a slew of ECB officials that the bank may start raising interest rates in July.

Any hike would be the ECB’s first in more than a decade and would lift rates from historically low levels.

Earlier this month, the Fed announced the sharpest rise in interest rates in 22 years and the Bank of England followed, raising rates to their highest level in 13 years as it warned about the prospect of a recession.

This monetary tightening has heaped pressure on the ECB to follow suit. On Wednesday, ECB president Christine Lagarde hinted that the Frankfurt-based institution could raise rates as early as July.

The financial markets are expecting that the ECB will increase its rates by 90 basis points by the end of the year, or between three and four 25-basis point moves.

Higher interest rates aren’t just going to affect consumers but whole swathes of the economy, albeit in different ways.

An increase in interest rates – however small -- might mean all those people who built up savings during the pandemic might finally receive a return on their money.

By the end of February this year, there was more than €142bn left on deposit in Ireland.

But record-low interest rates have meant that savers have been yielding little to nothing for years.

Indeed, they have been losing money in real terms by keeping cash on deposit because inflation rates are higher than their returns.

However, savers shouldn’t automatically count on getting the benefit of an ECB rate increase, according to John Cronin, a financial sector analyst at Goodbody and Gerry Hiney, a mortgage broker and managing director of Dublin-based Park Financial Planning.

“In the past, banks usually took a lot longer to pass on rates to people with deposits and there’s no guarantee they will pass on rates and they are not obliged to,” Hiney says.

“What will dictate this is competition: if you have money on deposit and your bank doesn’t pass on the interest rate increase, you will shop around to see if there’s another bank to give you a rate on your deposit.”

When AIB chief executive Colin Hunt was asked earlier this month about customer interest rates, he said: “Once we see official interest rate announcements happening, we will consider the appropriateness of our pricing right the way across our product range.”

The main impact of higher interest rates will be on mortgage holders, who face the biggest increase in mortgage repayments in more than a decade.

For months, Hiney has been fielding calls from mortgage customers concerned that ECB rate hikes are imminent.

“It has caused first-time buyers to pause,” he says.

He says those on a tracker mortgage, which are no longer available to new customers, may not be able to afford the increased repayments and “will have to fix”.

Some providers have already hiked their fixed rates. In March, ICS Mortgages became the first lender in years to do so, followed earlier this month by Avant Money.

Rising rates are “completely new to a lot of people”, Hiney says.

“Every quarter of a percent rise in ECB rates will lead to a €30 increase in monthly repayments for someone with a 25-year, €250,000 mortgage. If rates go up 1pc over the next year, that would increase repayments by €120 a month. It will certainly cause shockwaves to many people.

“The mainstream lenders — Bank of Ireland, AIB, Permanent TSB — haven’t moved on it yet but the expectation is that they will do so before any announcement by the ECB.”

Banks could be the biggest beneficiaries of rate increases because they have so many excess deposits as a result of rising household savings and because they are more reliant than their European rivals on interest from loans rather than on fees and commissions.

For the past eight years, the ECB has been charging banks for holding excess deposits at its overnight facility, where the rate is -0.5pc.

This ECB rate could be the first to move, up to 0pc, followed by increases in its main lending rate.

Cronin says: “The Irish banks in particular have lots of surplus liquidity and it isn’t fed down to customers but placed on the ECB balance sheet, where it’s deposited. That’s a negative rate, so the natural first benefit will be for those negative rates going to zero. Other benefits could be where rate hikes are not passed onto depositers.”

AIB, in a trading statement this month, said it expects its net interest income to rise by “a high single-digit percentage” this year, when factoring in expected ECB rate hikes and those from the Bank of England as well as the acquisition of Ulster Bank’s corporate and commercial book.

“The benefits typically associated with higher rates tend to be a function of whether those higher rates are passed on to customers.

“There is a question mark over that being the case for variable rate mortgages and fixed rates would increase in response to rising rates.

“The impetus to push up rates materially is pretty limited, I would say.

“On the other hand, the Irish banks are still struggling to produce returns that are acceptable to investors, so a higher rate environment would be positive for banks. It isn’t clear to what degree rate increases will be passed on to borrowers but it will present some benefit to the Irish banks.”

In the face of higher financing costs, companies may rethink new acquisitions, expansion plans or other large investments.

Martina Lawless, a research professor at the ESRI, says while the ECB’s main rates are “incredibly low”, Irish SMEs pay double the average interest rates on loans of up to €250,000 compared to the rest of the eurozone.

The prospect of rising interest rates comes at a time when SMEs are dealing with both higher energy costs and the phasing out of Government Covid support schemes.

For instance, the removal of the Emergency Wage Subsidy Scheme, which will be closed fully by the end of May, will feed into higher average labour costs for these businesses, the SME Market Monitor published by Banking & Payments Federation Ireland (BPFI) warned last month.

This is leading to concern about the survival of SMEs, particularly businesses in the hard-hit food services and accommodation sector, without state handouts.

In January, an ESRI report led by Lawless estimated that the level of financial distress at SMEs would have been 72pc higher without the wage subsidies.

Fortunately, “firms are not particularly highly indebted and throughout Covid, while some firms pushed up borrowing, they were cushioned by government support”, Lawless says.

“The economy is opening up and largely growing for most sectors and outstanding debts are not enormously high. (SMEs) are in a reasonable condition to pay increased rates but it could reduce incentives to take on new investment projects.”

Rising interest rates will also mean higher financing costs for big companies. This could pose a problem for highly leveraged corporates, those in sectors such as manufacturing that are heavily reliant on those soaring energy costs, and those in sectors that are struggling to recover from the pandemic.

These include retailers with outlets in city centre locations, where footfall is lower than in the suburbs.

However, most corporates have the resources to prepare for any headwinds caused by rising rates, according to Simon MacAllister, an EY partner who provides valuation and business modelling services to clients.
“A lot of borrowers we’ve spoken to are very focused on it and have taken steps either more recently, or when they took out their facilities, to make sure they were protected.”

Inflation set to hit 9.1 per cent - here's what it means for you and your money
Experts are warning that inflation could hit 9.1 per cent with the Bank of England warning it could reach double…

Edinburgh Live
Rate hikes are here. Should you switch your home loan now?

Irish Independent
CD rates are poised for a comeback. Now, if only inflation would calm down
Following CD rates in recent years has been a lot like watching paint dry at the bottom of a barrel:…

Tribune News Service
Explained: Why inflation in India will take time to moderate even after rate hikes

NEW DELHI: At a time when major economies are bracing up with measures to control soaring prices of essential commodities,…