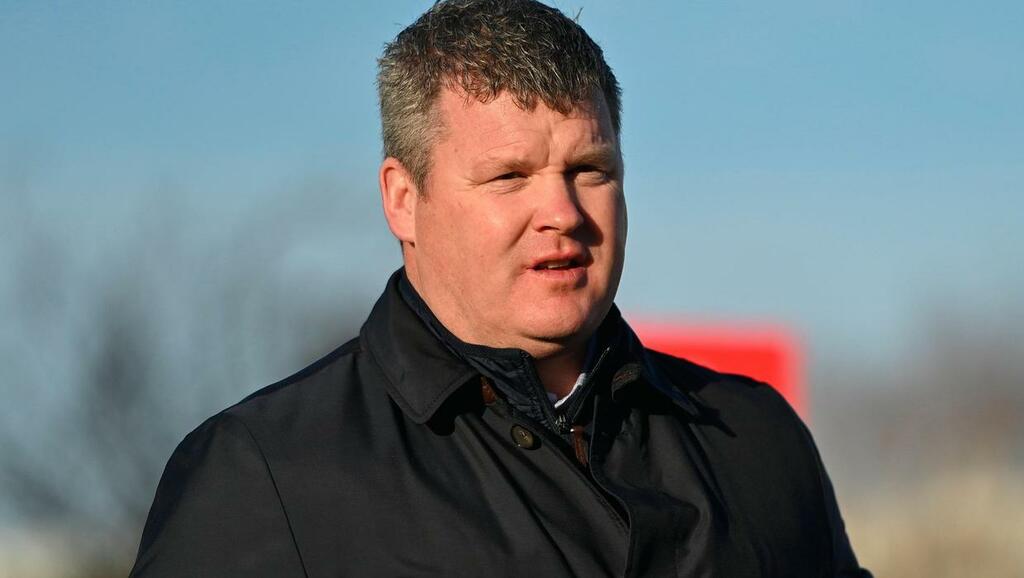 Ebasari upstaged the long odds-on Adamantly Chosen to make a winning debut over jumps in the CorkRacecourse.ie Maiden Hurdle at Cork.

Davy Russell produced Gordon Elliott’s four-year-old to join Willie Mullins’ 1-4 shot at the third-last flight with the pair battling it out and Ebasari (15-2) proving the best.

The Lope de Vega gelding went on score by three-quarters of a length from the winner of the Punchestown Festival bumper winner in April. The first two pulled 27 lengths clear of Enki Flacke in third.

“His work was good at home, he had schooled well and handled the ground surprisingly well for a Flat horse,” said Russell. His was fit and ready today and with general improvement you’d be hopeful with him.

“He got in tight to a couple and still jumped them and wasn’t clumsy at any obstacle. We needed to meet the last two on a good stride and the lads at home had done a lot of schooling with him.”

The Charles Byrnes-trained All Those Years wore down long-time leader De Lady In Red close to home to take the Come Racing To Cork Rated Novice Hurdle and open his account over timber at the age of eight.

Having his first race since November 2020, the JP McManus-owned gelding put in a strong challenge at the final flight. De Lady In Red gave stubborn resistance but the 9-4 favourite, ridden by Mark Walsh, got on top in the last 50 yards to prevail by half a length.

“He had a few years slip by and has had his problems, but we were hopeful,” said Byrnes. “His hurdle run at Listowel (in 2019) behind Jeremys Flame wasn’t half bad and he was pretty fit. We’ll look for another two-mile handicap wherever we get one – there’s a race for him at Thurles in a few weeks.”

Shantreusse (4-6 favourite) enjoyed a smooth first success over jumps in the Happy New Year From All At Cork Maiden Hurdle after his closest pursuer unseated his rider at the last.

Runner-up on his hurdles debut, Henry de Bromhead’s six-year-old travelled well for Rachael Blackmore before a big leap took him to the front two out. Blackmore was able to ease down Shantreusse once Mahler Allstar exited, but still scored by 17 lengths.

Blackmore said: “It was a lovely performance and he was a good second the last day.

“He seemed to love the three miles today and he jumps really well. He is a lovely horse going forward and has a big future hopefully.”

The eight-year-old led at the second-last flight on his way to taking the prize by five lengths in the hands of Darragh O’Keeffe.

“Jerry was with me since 1986 and was my backbone all the time,” said Burke. “We had Thyne Again and he gave us some great days and he brought us to Cheltenham.”

Of Rebel Early, Burke said: “She ran a stinker the last day (at Punchestown), but Darragh seems to get a great tune out of her and has won on her twice now. He knows her well and the cheekpieces made a big difference as she carried him and jumped for him today. She will probably go to Gowran next.”