Management at Dublin Airport has called for what is says is an “unnecessary threat” of strikes to be lifted in a dispute over its alleged failure to pay wages on time.

A DAA spokesperson said it has acknowledged concerns with payroll raised by Siptu on behalf of its members.

“And we call on them to withdraw the unnecessary threat of industrial action and to continue to engage with us to resolve the issues within our agreed dispute resolution procedures,” he said.

Earlier, Siptu members revealed they were considering industrial action at the airport.

The union said worker representatives employed by the DAA “ have declared no confidence in their management”.

It said they have begun preparations for balloting members for industrial action in a dispute over the “repeated failure to pay staff wages on time”.

“Siptu worker representatives are now undertaking a consultative process with members in the various sections of Dublin Airport with a view to balloting them for industrial action if this problem is not rectified,” said Siptu division organiser, Karan O Loughlin.

She said worker representatives voted no confidence in management and the MyTime pay system at a special meeting of the union’s DAA section committee yesterday.

Ms O’Loughlin said the pay system was introduced by the company in 2019.

“Problems with this pay system have resulted in inaccurate payments to staff for the last nine consecutive months.”

She said this week wages for thousands of airport workers that were due to be paid on Wednesday did not arrive in their accounts on time.

Ms O’Loughlin claimed the “debacle” is the latest in a series of “ongoing and consistent irregularities” with the payment of wages.

“These have included under payments, overpayments or no payment at all,” she said.

“This has resulted in missed direct debits and a number of people missing work as they did not have money for petrol due to delays in the payment of their wages.

“After everything our members endured this summer, the least the company can do is ensure they get paid, in full, and on time. It is disgraceful and disrespectful that the DAA think there is no urgency to rectify this issue.”

A DAA spokesperson said employees had their pay transferred to their accounts on this fortnight’s scheduled ‘pay day’ of Wednesday “albeit a little later in the day than normal”.

He said as soon as the authority became aware there was an issue with the bank transfer, it immediately informed all 3,000 plus employees and their union representatives.

“We worked with our bank to ensure payments would still be made to staff that same day,” he said.

“We kept everyone fully informed on progress on Wednesday and personally spoke to any colleagues who might not receive payment into a non-Irish financial institution until the next day.”

He said management has already apologised to staff for any unnecessary stress or inconvenience the temporary delay may have caused.

The spokesperson said this issue was completely separate to an issue with the DAA’s third-party time and attendance provider, Kronos.

He said it was impacted by a cyber-attack to the MyTime software platform in December 2021.

“As a consequence of that cyber-attack, DAA’s complex time and attendance system for a 24 hour, 365 days of the year operation, was unavailable for 14 weeks until the MyTime system was restored,” he said. “All Kronos customers worldwide experienced similar outages. “

“Management has been in regular and frequent contact with all our trade union partners as we worked through the issues caused by that outage and the resultant manual processes that were necessarily put in place at a time of rapidly accelerated international travel with hundreds of new employees joining the business as a result,” he said.

“This matter has been and remains a top priority for both the DAA board of directors and executive team who are fully committed to resolving any outstanding issues.” 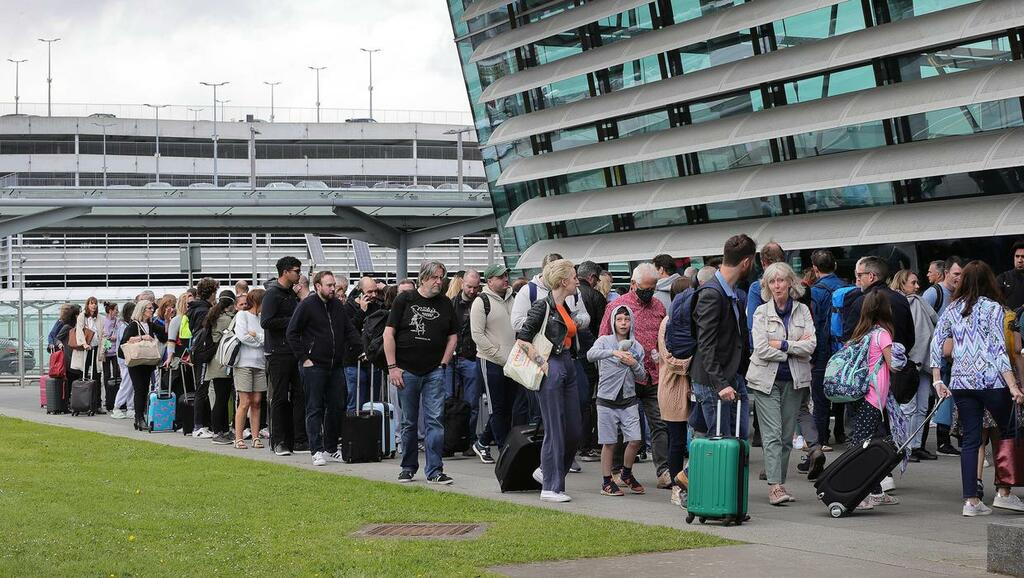 DAA closer to forming a shortlist for its top job following departure of Dalton Philips
DAA, which operates Dublin and Cork airports, is whittling down its list of candidates for its chief executive role, having…

Irish Independent
From analysis to the latest developments in health, read the most diverse news in one place.
Transatlantic flights at risk amid double strike threat by Heathrow airline workers

Liverpool Echo
One place to find news on any topic, from hundreds of sites.
Firefighters warn lives are 'at risk' due to staff reduction