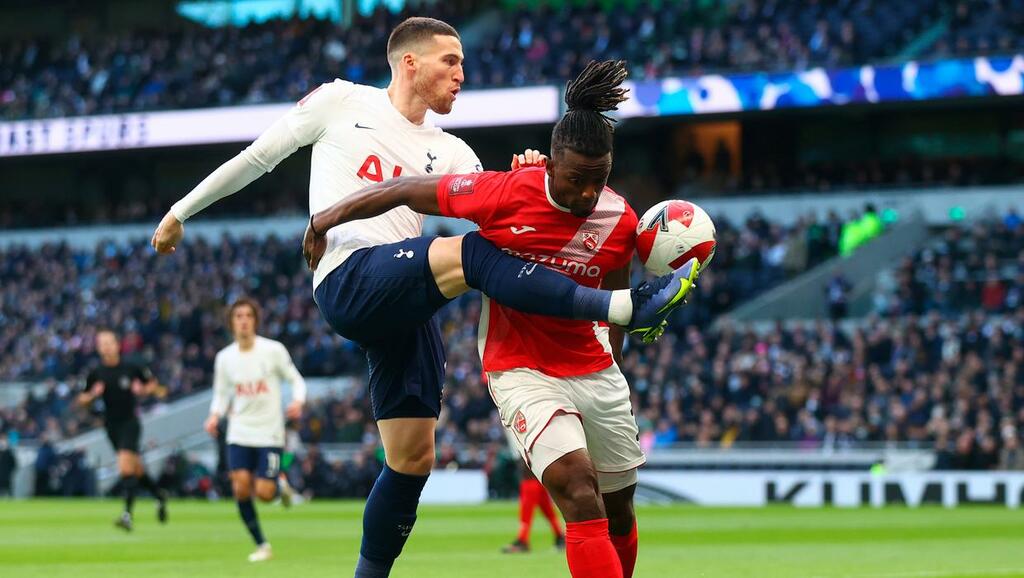 Irish hands reaching out for sustenance from the (FA) Cup of good cheer over the weekend were, by and large, left disappointed.

The third round tends to throw up some good news stories with an Irish accent but they were hard to find.

Yes, Caoimhín Kelleher got more game-time with Liverpool, and he also recovered from seeing his side go 1-0 down against Shrewsbury, but it was just another solid day for the Cork man as the real kudos fell in the path of teenagers Kaide Gordon and Tyrone boy Conor Bradley.

Most of the players from the Republic who scored over the weekend were on the losing side while the Irishman who played a part in the biggest shock of the round, Cambridge’s Wes Hoolahan, is in his 40th year and retired from international football some time ago, so his deserved success at a St James’s Park which was shocked into submission by a 1-0 loss will have no relevance for Stephen Kenny.

The rest of the news, Irish-wise, were either players who failed to make the most of an opportunity, or else those whose lack of relevance and importance at club level was again underlined by a worrying lack of game-time.

Two years on from the day he announced himself on the big stage with a thrilling hat-trick in an away win in the third round of FA Cup, Adam Idah was largely a spectator as Norwich trudged their way to a 1-0 win away to Charlton, Idah playing just five minutes.

Vote for the Irish Independent Sportstar of the Year 2021, click here.

Aaron Connolly’s debut for Middlesbrough will have to wait as the loanee wasn’t in their squad for the win over Mansfield, Nathan Collins was absent when Burnley hosted Huddersfield.

But it was how it panned out for two senior players which is of most concern. Newcastle had a dismal day out at home to Hoolahan’s Cambridge but manager Eddie Howe looked to the bench, looked at Hendrick and ignored him, left him to stew there. Again.

Twenty four hours later, Matt Doherty was at least given the chance to play for his club, and they did get the win, however unconvincing, against a side struggling in League One.

Spurs won, 3-1, and despite a miserable first half from the home side in London, Doherty was at least spared the ignominy of being hauled off at half-time in a cup tie, as happened to him in midweek in their League Cup loss to Chelsea.

He’s not had an easy time at Spurs and many fans remain unconvinced by Doherty’s form, but the sulking antics of team-mate Tanguy Ndombele, who made it clear that he was unimpressed with being substituted when there was still 20 minutes to play, drew any ire away from Doherty and onto Ndombele’s broad shoulders.

Picking Doherty to start, having humiliated him with that half-time substitution last week, was perhaps a nod from the manager to the Dubliner that he had one final opportunity to show Conte that he had a role to play there.

Or else it was a sign that Conte has made up his mind on his strongest XI, and the fact that Spurs were so awful in that first half, and needed to be rescued by subs Harry Kane and Lucas Moura will prove to Conte that his weaker players have no right to be anywhere near his ideal side.

Between them, Spurs and Newcastle have played 37 Premier League games this season and the pair of Hendrick and Doherty have not started once.

Spurs only trust Doherty to play in cup games which they care little about, Newcastle don’t even rate Hendrick highly enough to play against a side from a few divisions below.

Shane Duffy was the first of the crop of ’92 to turn 30. Doherty’s 30th birthday is next Sunday, Hendrick’s is at the end of the month.

Duffy managed to revive a Brighton career which appeared to be in terminal decline, but Hendrick and Doherty’s careers will only stagnate with every week they spend at their current employers.

Howe is battling to keep Newcastle up, Conte is seems eager to clear out the dead wood, and with more chances likely to be scarce, Irish football can’t afford to see Doherty and Hendrick waste opportunities as basic as the FA Cup third round: they need moves.

The Cup that cheers, or used to cheer, has an off-taste for certain Irish mouths and a fresh outlook is needed if 2022 is going to have anything like a happy ending.