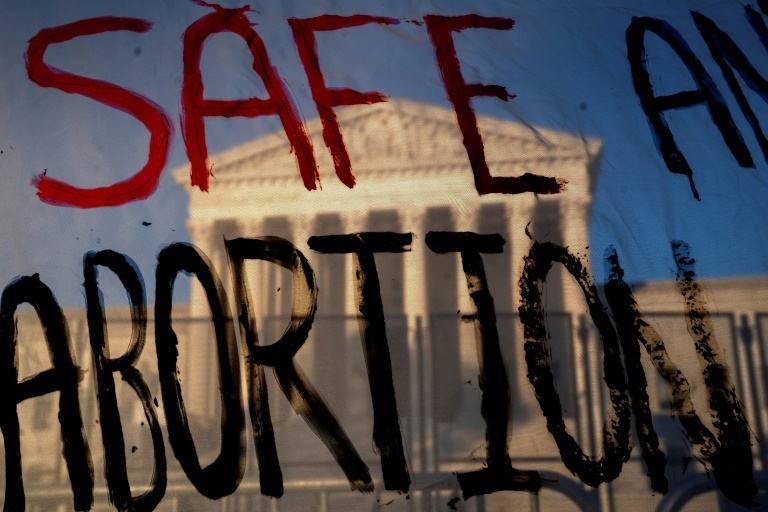 The Guardian - US
Dems face facts: They need a November turnaround to save Roe

The party isn't done voting on abortion rights this year. But its members admit, with striking candor, that they can't…

Politico
Get all your news in one place
Latest World news:

VIDEO: War In Ukraine: Zelensky’s Heroes Blitz Russian Troops In Trench And Take Out BMP Tank
This is the moment Ukrainian troops blast Russian soldiers in a trench and destroy an enemy BMP tank.

Zenger
Read news from The Economist, FT, Bloomberg and more, with one subscription
Learn More
US to fly in baby formula on military contracted jets

US Department of Defense will also contract commercial planes to fly in supplies from overseas, the White House said.

The Guardian - US
VIDEO: War In Ukraine: Russians Wipe Out Ukrainian Positions In Howitzer Strikes

Zenger News obtained the video from the Ministry of Defense (MoD) of the Russian Federation on Wednesday, May 18.

Zenger
From analysis to good news, read the world’s best news in one place
‘Freudian slip’: Bush decries ‘invasion of Iraq’ – not Ukraine

By By Lisa Mascaro, Associated Press

The Senate has fallen far short in a rushed effort to enshrine abortion access as federal law, blocked by a Republican filibuster in a blunt display of the nation’s partisan divide over the landmark court decision and the limits of legislative action.

The almost party-line tally promises to be the first of several efforts in Congress to preserve the nearly 50-year-old Roe vs Wade court ruling, which declares a constitutional right to abortion services but is at serious risk of being overturned this summer by a conservative Supreme Court.

President Joe Biden said Republicans “have chosen to stand in the way of Americans’ rights to make the most personal decisions about their own bodies, families and lives”, and urged voters to elect more abortion-rights legislators in November, and pledged in the meantime “to explore the measures and tools at our disposal” to secure rights established by Roe.

His party’s slim majority proved unable to overcome the filibuster led by Republicans, who have been working for decades to install conservative Supreme Court justices and end Roe vs Wade. The vote was 51-49 against proceeding, with 60 votes needed to move ahead.

“The American people are watching,” said Senate majority leader Chuck Schumer ahead of the vote. “The public will not forget which side of the vote senators fall on today.”

Congress has battled for years over abortion policy, but the vote to take up a House-passed bill was given new urgency after the disclosure of a draft Supreme Court opinion to overturn the Roe decision that many had believed to be settled law.

The outcome of the conservative-majority court’s ruling, expected this summer, is sure to reverberate around the country and on the campaign trail ahead of the autumn mid-term elections that will determine which party controls Congress.

Security was tight at the Capitol where vice president Kamala Harris presided, and it has been bolstered across the street at the Supreme Court after protesters turned out in force last week following the leaked draft.

Scores of House of Representatives Democratic legislators marched protest-style to the Senate and briefly watched from the visitor galleries.

Ms Harris can provide a tie-breaking vote in the 50-50 split Senate, but that was beside the point on Wednesday. One conservative Democrat, Joe Manchin of West Virginia, voted with the Republicans, saying he supported keeping Roe vs Wade but believed the current bill was too broad.

Over several days, Democratic senators delivered speeches contending that undoing abortion access would mean great harm, not only for women but for all Americans planning families and futures.

Democratic senator Catherine Cortez Masto said most American women have only known a world where abortion access was guaranteed but could face a future with fewer rights than their mothers or grandmothers.

“That means women will not have the same control over their lives and bodies as men do, and that’s wrong,” she said in the run-up to Wednesday’s vote.

Few Republican senators spoke in favour of ending abortion access, but they embraced the filibuster to block the bill from advancing.

Senate Republican leader Mitch McConnell, an architect of the effort to install conservative justices on the Supreme Court — including three during the Trump era — has sought to downplay the outcome of any potential changes in federal abortion policy.

“This issue will be dealt with at the state level,” he said.

Some other Republicans, including John Thune, argue that the House-passed bill is more extreme than Roe, and would expand abortion access beyond what is already the law.

Polls show that most Americans want to preserve access to abortion in the earlier stages of pregnancy, but views are more nuanced and mixed when it comes to later-term abortions.

The Guardian - US
Dems face facts: They need a November turnaround to save Roe

The party isn't done voting on abortion rights this year. But its members admit, with striking candor, that they can't…