DeLorean delight: NI-made Back to the Future car on display at US exhibition 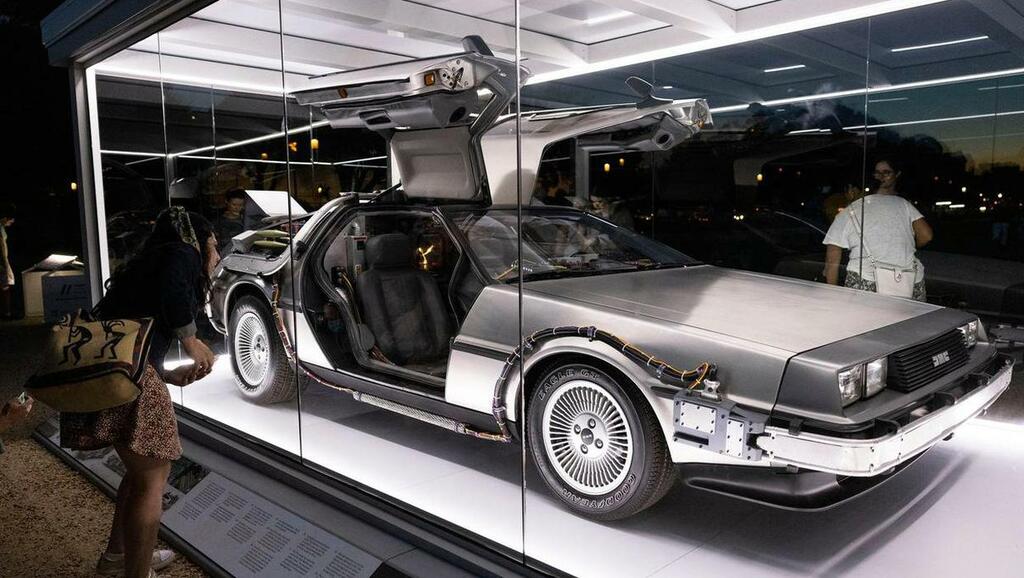 One of Northern Ireland’s most famous exports has taken pride of place at an exhibition in the United States.

The DeLorean DMC — made famous by the Back to the Future movies — is on display at the National Mall between the National Air and Space Museum and the National Gallery of Art.

It is part of the Cars at the Capital event, as the Dunmurry-built sports car is on the US National Historic Vehicle Register, a list of historically significant automobiles recorded and permanently archived in the Library of Congress.

It includes every gadget seen in the first 1985 film, such as the Flux Capacitor and Time Circuits, restored or reproduced to exacting detail.

Likely among the most replicated film cars in history, this one is owned by Universal Studios since they acquired it along with two other De Loreans for the first film, and it has been meticulously restored.

The stainless steel DMC-12’s first shipment left controversial businessman John DeLorean’s west Belfast factory in April 1981. But by May 1982 the company was facing closure as it emerged investigations had begun into “alleged financial irregularities” in the DeLorean operation. After poor reviews of the car’s quality and a refusal from Tory Prime Minister Margaret Thatcher to lend the tycoon any more public money, the plant closed.