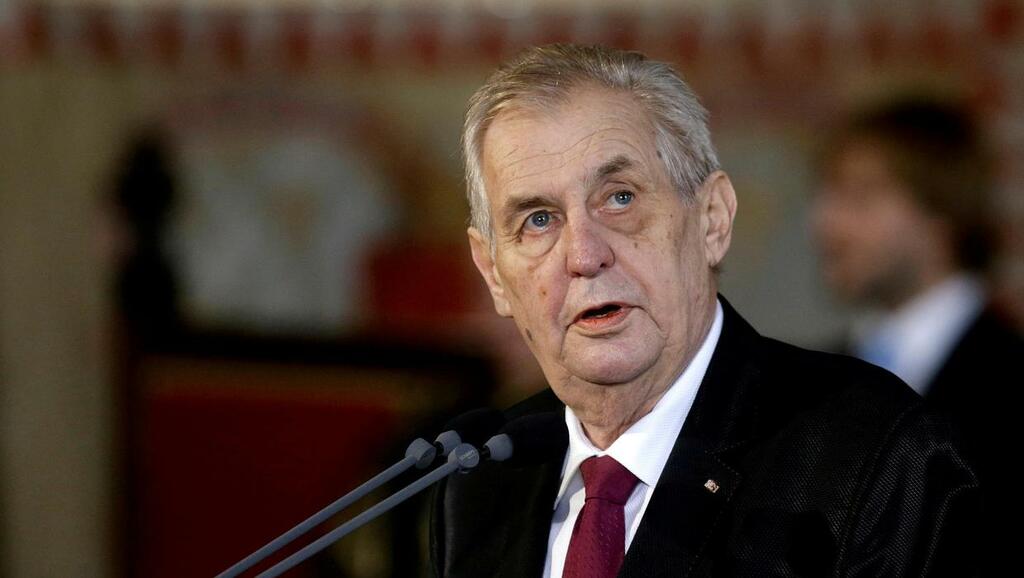 Czech President Milos Zeman was in a stable condition in an intensive care unit yesterday, a hospital spokeswoman said, as his illness delayed the initial steps in post-election talks to form a new government.

Mr Zeman (77) was taken to the hospital on Sunday and was receiving treatment in its highest-type of intensive care ward due to what the hospital director said were complications related to an undisclosed chronic condition.

Prime Minister Andrej Babis’s ANO party narrowly lost a parliamentary election completed on Saturday to the centre-right Together coalition and their allies the liberal Pirates/Mayors and appears to have no chance of forming a ruling majority.

Mr Zeman was due to meet Mr Babis tomorrow, but that meeting was cancelled yesterday.

The Together coalition’s candidate for prime minister, Petr Fiala, said he would hold off requesting a meeting with the president at which he wanted to ask for a mandate to form the next government.

“I don’t know how serious the president’s condition is. I will wait until there is news that his condition has improved,” Mr Fiala said via a spokesman.

Mr Zeman, an ally of Mr Babis, had said prior to the election that he would give the first shot at forming a government to the leader of the strongest individual party, which is Mr Babis’s ANO.

Mr Babis said after the election he would still try to talk to Mr  Fiala’s Civic Democrats, the strongest member of the Together coalition, with an offer to form a majority governing coalition.

However, the opposition groups declared they would not talk to ANO because of what they say are populist spending policies and unacceptable conflicts of interest involving Mr Babis, who is the founder of a business empire.

“We had expected the situation after the election to be complicated, partly due to the president who has said whom he would appoint, or whom he will not appoint,” Pirate Party leader Ivan Bartos said on Czech Television.

“We did not expect it to be so also due to the president’s condition – we will see how it will all evolve.

"It is essential that the president is able to comment at some point.”

The president’s first official steps, accepting the resignation of the old cabinet and the appointment of the new prime minister, must be carried out only after the new lower house meets and elects a speaker, which is due within a month of the election.

If the parliament were to declare the president incapacitated or if the presidential position was vacant, powers related to the government formation would pass to the speaker of the new lower house.

Mr Zeman was previously treated for diabetes and he has been using a wheelchair since earlier this year due to neuropathy in his legs.