Not quite a striker, not a winger, nor a 10 - Mo Salah's success proof that traditional centre-forwards are old news 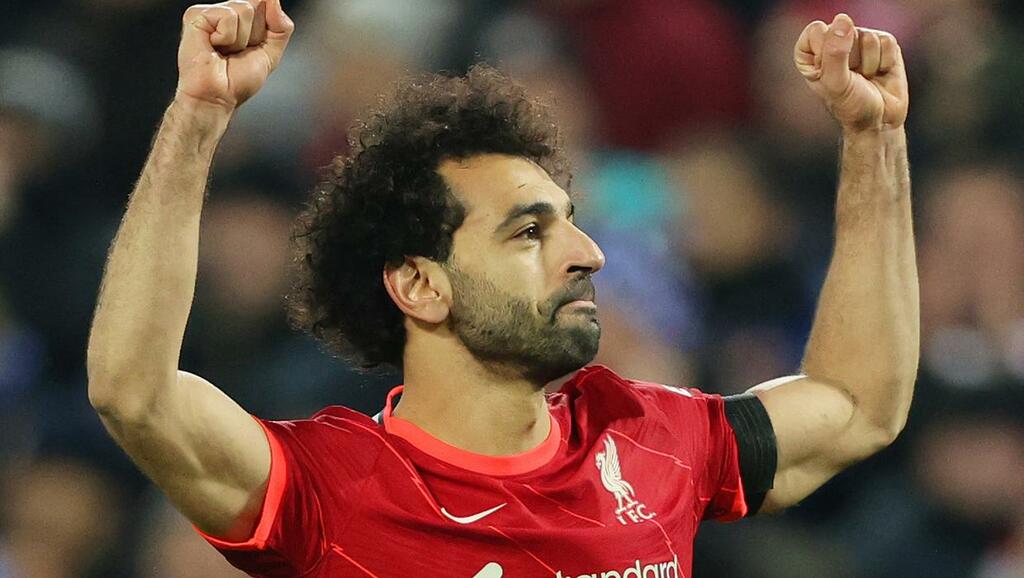 Mohamed Salah started this weekend at the pinnacle of Europe’s elite attackers in the top five leagues with 16 Premier League goals and nine assists — more than any of the leading goalscorers. Robert Lewandowski has four more goals but only one assist. Kylian Mbappe has eight assists and nine goals. On chances created, only Karim Benzema (37) gets close to Salah’s towering total so far of 41.

How to describe Salah? Not quite a striker and certainly not a centre-forward. Not a winger, nor a No 10. He is the modern archetype: an attacking polymath who is adaptable across the front three of the 4-3-3 formation. He is the first line of the press, an inside-out left-footer who, from the right, can finish at the far post or, as he did against Chelsea last Sunday, the near post, too.

Football is configured now to the age of the goalscorer who emerges from the wide areas to gain space and possession, a line that can be traced from Cristiano Ronaldo and Lionel Messi to Salah.

The leading goalscorers thus far this Premier League season behind Salah are representative of the new breed: Diogo Jota, Jamie Vardy, Michail Antonio, Emmanuel Dennis, Ronaldo, Son Heung-min, Emile Smith Rowe, Sadio Mane and Raphinha. How many of them would fit the template of the centre-forward in the conventional sense? Antonio perhaps, but even he was converted from a wide player into a striker. Vardy has for long periods been a lone striker, but he is essentially the last-shoulder-lurker waiting for the counter-attack.

The old notion of the centre-forward, the arrow tip of an attack, is fading fast. As for the big man up top — he already feels like a museum piece. His successor is smaller, nippier, and most likely already in behind your defence. Manchester City, the Premier League’s dominant team and the highest scorers so far, do not even have a striker, let alone a big one.

In that sense, Salah stands out among the Premier League’s leading three clubs in terms of goals scored by one player. But he also has come to epitomise a style of attack — adaptable, elusive, forever vacating the central positions to draw defenders out, only to return later in their absence. The No 9 now is the decoy and the facilitator, such as Roberto Firmino, largely in service of the glory of others.

Watching Romelu Lukaku’s return in the Carabao Cup on Wednesday, a difficult evening for the Chelsea striker, it was possible to wonder if his kind of player might find himself at odds with the team around him. There will always be some, such as Lukaku, Lewandowski, Erling Haaland and Harry Kane, who fit that physical template of the old centre-forward but for all of them now, the shape and style of the team takes precedence.

Go back 10 years to the top goalscorers of the Premier League in 2011-12 and it is a much more conventional set of strikers: Robin van Persie, Wayne Rooney, Sergio Aguero, Emmanuel Adebayor, Yakubu, Clint Dempsey, Demba Ba, Grant Holt, Edin Dzeko, Mario Balotelli and Papiss Cisse. A collection of your classic centre-forwards and centrally located goalscorers who did the things that forwards had been doing for years. Yet comparing the contribution of these goalscorers 10 years ago with the modern day shows that other things have changed, too.

The perception is that the traditional goalscorer spent more time in the opposition’s penalty area. In short, the place strikers were expected to inhabit before their natural territory was redefined by all that interchanging and the football avant-garde of the false nine.

It is hard to be definitive: a snapshot comparing 10 years ago with today shows that the top three goalscorers of 2011-12 had more touches than their current-day counterparts. Yet of those touches, the 2011-12 cohort had a much lower proportion in the opposition’s area.

The top three goalscorers this season — Salah, Jota and the now-injured Vardy — have so far averaged a greater combined percentage of total touches in the opposition area than their top three counterparts of 2011-12: 19.2 per cent of all touches to 12.8 per cent for the top three 10 years ago.

That same season, Rooney, who came second for goals with 27, averaged 66 touches a game but an average of only four of those in the opposition area. The following season’s top goalscorers in 2012-13 — Van Persie, Luis Suarez and Gareth Bale — also had a combined lower percentage of total touches in the opposition’s area (12.6 per cent) than their modern-day counterparts.

The likes of Salah, Jota and Mane, as well as Sterling, Silva and Riyad Mahrez, may feel less like conventional goalscorers; they may be asked to do more things that never used to be the remit of a striker. Yet the teams in which they play get them into positions to score just as often as their predecessors whose job it was simply to score goals.

For these superclubs, it will always be the system that prevails — whoever they sign. Haaland has 13 league goals in Germany, almost twice as many as any City player in the Premier League.

Yet were City to acquire him this summer, it would not be a high volume of goals Pep Guardiola would demand above all. Rather, it would be to take his place among the fireflies of City’s attack, and adapt his game accordingly.