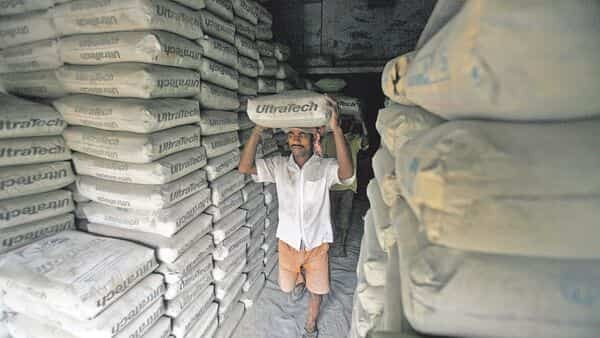 Data given on exchanges showed that Delhivery IPO received cumulative bids of about 101.6 million shares against the offered size…

Livemint
Michael Hiltzik: Bitcoin, NFTs, SPACs, meme stocks — all those pandemic investment darlings are crashing
The finance world, which is constantly on the lookout for rules and laws it can break in the interest of…

Developer Johnny Ronan is understood to have a window of just weeks to secure new financing to claw back his property empire from receivers.

Mr Ronan, the founder and chairman of Ronan Group Real Estate, is believed to be in talks with a domestic bank to refinance €142m in outstanding debt the company was due to repay in January to M&G Investments.

But numerous property sources indicated the talks were moving slowly and Mr Ronan faces having some of RGRE’s prize assets sold in as little as a month after receivers Grant Thornton had Savills list them this week.

It is understood several institution investors have already expressed an interest in acquiring the properties, which include Bewley’s in Dublin’s Grafton Street and prime office building Connaught House in Dublin 4.

Contracts could be signed as soon as four weeks from now, which would end Mr Ronan’s efforts to hold onto the 12 property portfolio he rescued from Nama with the help of M&G in 2015.

However, it is understand that Mr Ronan is still working closely with receivers Mick McAteer and Nick O’Dwyer to secure M&G’s money as quickly as possible.

It is understood that all parties would accept a refinancing, which would immediately halt the receivership process, but keen buyer interest in the properties might outpace the decision making of the Irish bank involved in the potential deal.

It is understood the value of the five high-quality assets currently for sale, excluding the seven that are co-owned by other parties, would comfortably cover the amount owed to M&G.

The UK-based asset manager is keen to get its money back after financing RGRE via a closed-end fund, which must pay its investors back at the end of a specified term.

Sources said Mr Ronan faces the implications of having taken a loan from a closed-end fund, a backer that is unable to renegotiate the ultimate repayment deadline.

However, once RGRE failed to pay in January, M&G appointed receivers in March to recoup its money, which originated with its client base of pension funds, institutional investors and insurance companies.

M&G did not reply to a request for comment.

Data given on exchanges showed that Delhivery IPO received cumulative bids of about 101.6 million shares against the offered size…

Livemint
Michael Hiltzik: Bitcoin, NFTs, SPACs, meme stocks — all those pandemic investment darlings are crashing
The finance world, which is constantly on the lookout for rules and laws it can break in the interest of…