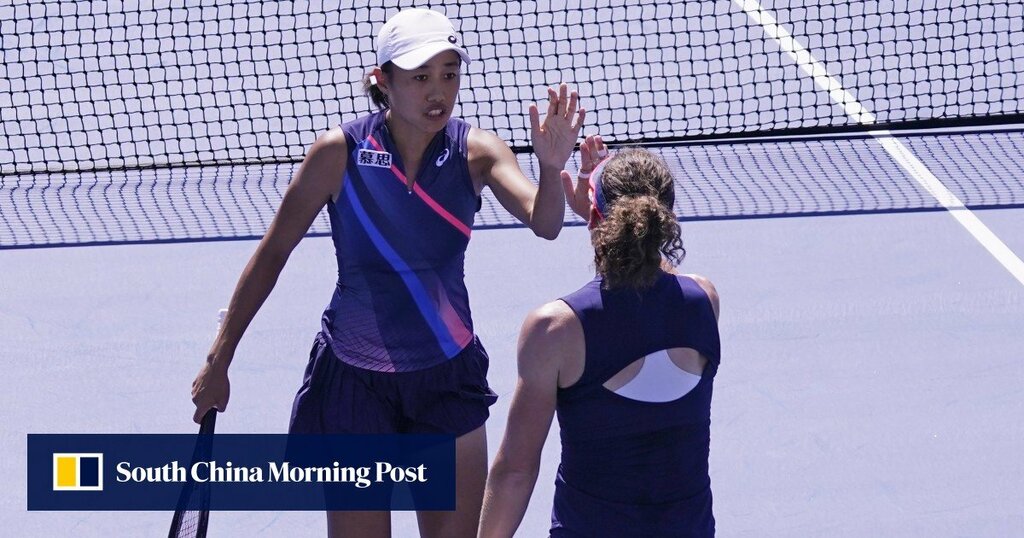 China’s Zhang Shuai and her doubles partner Samantha Stosur of Australia are into the 2021 US Open final after beating Desirae Krawczyk and Alexa Guarani, keeping up their unbeaten record since reuniting this year.

No 14 seeds Zhang and Stosur maintained their winning run, which took in their tournament win at the US Open warm-up Western & Southern Open in Cincinnati, extending it to 10 matches.

They did so by seeing off the seventh seeds Krawczyk of the US and Chile’s Guarani in straight sets – 6-2, 7-5 – in just 72 minutes.

It would have been even quicker but for a fightback from the US-Chile pair with the second set score at 5-1. Eventually Zhang would serve out the match.

Zhang and Stosur are yet to drop a set in New York despite playing the seventh, 10th and third seeds on their way to the final.

Their reward is a final against the US teen pairing of Coco Gauff and Caty McNally, who progressed to the showpiece after Brazil’s Luisa Stefani retired hurt during the first set tiebreak in their semi-final.

For Zhang, 32, and Stosur, 37, this is their first grand slam final together since they won the 2019 Australian Open.

The veteran pair reunited this year after not playing together since October 2019 because of 2020’s Covid-19 disrupted tennis calendar.

Sunday’s final against the teenagers also marks Zhang and Stosur’s best finish together at the US Open.

They reached the semi-final in 2018, though Stosur – the women’s singles champion in 2011 when she beat Serena Williams – won the doubles back in 2006 with Lisa Raymond.

Zhang is the only Chinese player at the US Open as her compatriots chose to stay at home to compete in the China National Games, which saw the tennis competition finish on Friday in Shaanxi province.

Her run in New York should see China’s No 1 singles player Zhang overtake Xu Yifan as the country’s top ranked doubles player by the WTA.

Xu reached the US Open final last year where she and partner Nicole Melichar lost to Vera Zvonareva and Laura Siegemund.