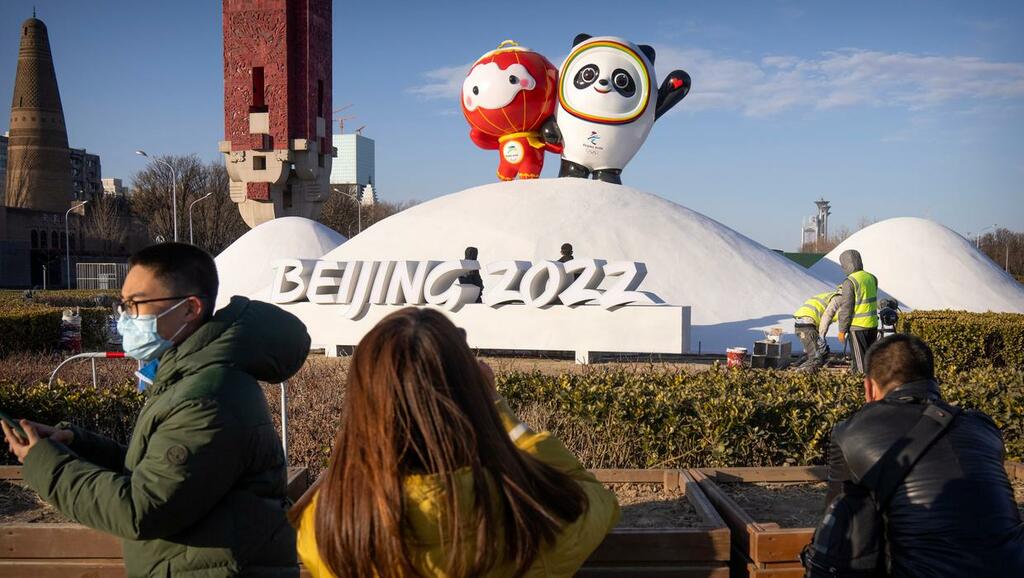 Just weeks before hosting the Beijing Winter Olympics, China is battling multiple coronavirus outbreaks in half a dozen cities, with the one closest to the capital driven by the highly transmissible Omicron variant.

With the success of the Games and China’s national dignity at stake, Beijing is doubling down on its “zero-tolerance” Covid-19 policy.

Across China, more than 20 million people are in some form of lockdown, with many prevented from leaving their homes.

Tianjin, only about an hour from Beijing, is on high alert, although it has refrained from imposing a complete lockdown such as the one in Xi’an, a city of 14 million.

Instead, it has sealed off several residential communities and universities, cancelled almost all flights, suspended high-speed train services and closed motorways. People leaving the city are required to present negative Covid-19 tests and receive special permission.

The city conducted mass testing for a second time for its 14 million residents on Wednesday, and asked them to stay in their homes until they receive a negative result.

Tianjin’s proximity to Beijing makes the timing particularly fraught. During the Tokyo Olympics in July, Japan saw a widespread outbreak driven by the Delta variant.

Despite that, the disruptions for people in Tianjin remain relatively light.

“Everything is fine, the supermarkets and restaurants, you can go to all normally,” said Yu Xuan, who works at a university in Tianjin.

Wang Dacheng, another resident, said his father who has trouble walking was able to get tested in their apartment.

Elsewhere, in Xi’an to the west and several cities in Henan province, the measures are far more onerous, leading to complaints that people sequestered in their homes were running out of food.

China has followed the uncompromising policy almost from the start of the pandemic, beginning with the unprecedented step of sealing off 11 million people in the central city Wuhan where the virus was first detected, along with other parts of the province of Hubei in January 2020.

It has been able to deal with local outbreaks through lockdowns, strict border controls and contact tracing aided by increased digital surveillance. The measures have kept the virus from spreading into a full-fledged national outbreak so far. The vaccination rate now tops 85%.

With the Olympics due to begin on February 4 and support staff already arriving, the task has become even more critical. Whether Beijing’s safeguards will hold up in face of the Omicron variant is a crucial question.

“I think it truly is a critical juncture for China. Can it stave off Omicron?” said Dali Yang, a professor of Chinese politics at the University of Chicago.

China reported 124 domestically transmitted cases on Thursday, including 76 in Henan province and 41 in Tianjin. Authorities have reported a total of 104,379 cases, 3,460 of them currently active, and 4,636 deaths, a figure that has not changed in months.

Beijing’s Olympic bubble is even stricter than Tokyo’s, which was mostly effective in stopping transmission, despite some leakages, said Kenji Shibuya, research director at the Tokyo Foundation for Policy Research and a public health expert.

Beijing faces a potentially bigger risk because the more contagious Omicron variant has shown itself adept at evading vaccines.

Moreover, the lack of widespread outbreaks means the Chinese population is protected only by vaccines and not from antibodies produced by previous infections, said Dr Vineeta Bal, a top Indian immunologist.

“The Olympics would be the first trial,” said Dr Bal, adding that Omicron “can easily travel in China”.

Unlike the Tokyo Olympics bubble, there will be no contact between those inside and the outside world.

Officials, athletes, staff and journalists will travel between hotels and competition venues on specially designated vehicles in what is described as a closed-loop system.