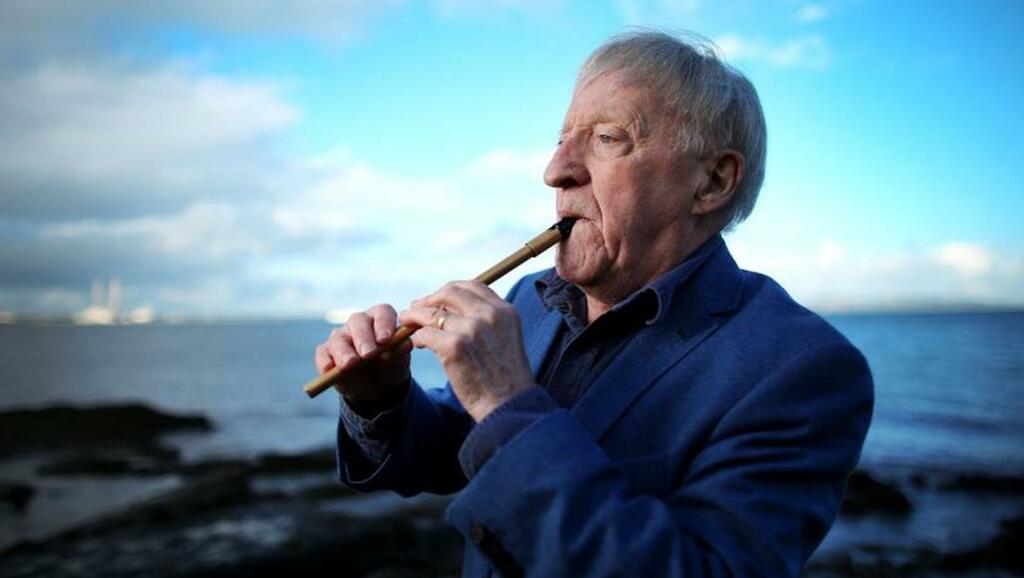 Superlatives are all too readily applied these days, but Paddy Moloney truly was a giant of music.

As co-founder and leader of The Chieftains, he helped to popularise traditional Irish music here and to bring it, rich and glorious, to a worldwide audience.

He was fundamental in ensuring that the uilleann pipes’ distinct sound would live on and, right from the off, he demonstrated an insatiable desire for collaboration.

He worked with everyone from Stanley Kubrick to Paul McCartney, and played for Pope John Paul II during the Pontiff’s 1979 visit to Ireland.

Four years later, The Chieftains would become the first Western group to be invited by the Chinese government to play the Great Wall of China.

It was just another extraordinary chapter in a life that was far from ordinary.

There would be 18 Grammy nominations and six wins in a career that spanned six decades – and Moloney’s passion for making music seemed every bit as strong towards the end of his life as it did when he was first entering the national consciousness around the time that Seán Lemass was settling into the job as Taoiseach.

The Dubliner was just 20 when he caught the ear of the great composer Seán Ó Riada.

He joined Ó Riada’s trad band Ceoltóirí Chualann in 1960 and proved to be a musician of stunning virtuosity right from the off.

Ó Riada noted Moloney’s brilliance as a piper in a the long-defunct culture magazine, Hibernia: “The Boy in the Gap demonstrated Paddy Moloney’s virtuoso command of the instrument and even the most extreme traditionalist could have found no fault with this splendid display, with notes being snapped out with a crackling brilliance.”

He had started learning the uilleann pipes – a notoriously difficult indigenous instrument to learn – from the master, Leo Rowsome when he was just eight years old. But he became just as renowned as a player of the tin whistle, the button accordion and the bodhrán.

The foundation of Claddagh Records in 1959 by the culture-loving aristocrat Garech de Brún would prove to be a seminal moment for trad – and for Moloney.

De Brún, a passionate proponent of traditional Irish music, urged Moloney to form a band and release an album on the fledgling label.

The Chieftains were born.

And it was with the Chieftains, which he co-founded with Sean Potts and Michael Tubridy, that he truly made his name.

Their debut album arrived in 1964 and in a curious quirk, much like what the contemporaneous Led Zeppelin did, the first batch of Chieftains albums would all be self-titled.

Their masterpiece, Chieftains 4, was released at a time in the mid-1970s when Irish music was in the ascendancy thanks to the likes of Planxty and the Bothy Band.

From 1968 until 1975, he was managing director of Claddagh and under his tenure oversaw the release of several of the most important trad albums to emerge from this island.

He was said to have been as keen for other acts to fulfil their potential as he was for The Chieftains to make the most of theirs.

And it was The Chieftains that the rest, inevitably, looked up to.

Although fashioned in Dublin and in thrall to the ancient sounds of Ireland’s past, The Chieftains enjoyed appeal way beyond Ireland.

They were acclaimed all over the world – Rolling Stone magazine captured it well when noting that “in their importance and fame, The Chieftains are the Rolling Stones of their field”.

Unsurprisingly, the Stones and The Chieftains would collaborate.

Mick Jagger had long been a fan and their joint rendition of the Rocky Road to Dublin is a delight for admirers of both bands.

Although The Chieftains and Moloney had a long innings, it was in the 1970s that they were at their creative peak.

Their haunting and evocative music soundtracks Stanley Kubrick’s Ireland-set epic, Barry Lyndon, with the ancient Mná na hÉireann – set to a Sean Ó Riada air – given prominence in the film.

It helped make the band globally celebrated and a roll-call of A-list musicians were soon queuing up to collaborate with them.

Moloney was said to be especially proud of the album The Chieftains made with Van Morrison.

Irish Heartbeat, released in 1988, fused the talents of Dublin and Belfast like never before.

For their 50th anniversary in 2012, The Chieftains embarked on an ambitious global tour and an accompanying album, Voice of Ages, featured several contemporary musicians, including Bon Iver, Paolo Nutini and the Decemberists.

If critics said the album was out of this world, they had a point: it featured Nasa astronaut Catherine Coleman playing the flute aboard the International Space Station as it orbited the Earth.

They began their Irish Goodbye Tour in 2019, playing European and US legs that year, but subsequent dates for 2020 had to be postponed due to the pandemic.

The reviews noted that despite being in his ninth decade, Moloney’s zest for music and for life had not dimmed.

Although lauded for the brilliance of his musicianship for most of his life, Moloney tended to wear the greatness lightly.

He was an approachable figure for young musicians and he believed that music was at its best when it wasn’t strait-jacketed by conventions and strict traditions.

He leaves an extraordinary legacy – a lifetime of music that, in the words of Finbar Furey, made him “a wonderful cultural ambassador for Ireland”.

His substantial body of work will endure for as long as music is made and loved.