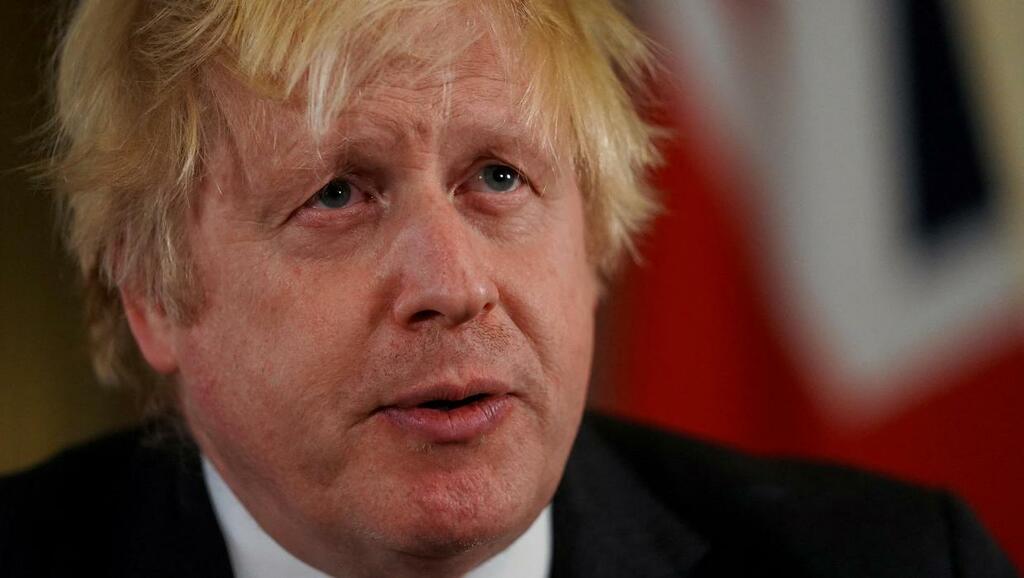 British prime minister Boris Johnson has been accused of “running scared” of Parliament after sending a junior minister to respond to an urgent question over a Covid rule-breaking drinks party held in the No 10 garden in 2020.

Douglas Ross, the leader of the Scottish Tories, was among those to voice his unease at the situation, agreeing that the prime minister “should quit” if he broke the regulations.

Labour’s deputy leader Angela Rayner said Mr Johnson’s absence from the Commons on Tuesday afternoon “speaks volumes”. She described his no show as “incredibly disappointing, but not unsurprising”, adding that “he can run but he can’t hide”.

The prime minister is facing intense pressure over his own involvement and yesterday dodged questions over whether he attended the event where over 100 Downing Street staff were invited to “bring your own booze” on May 20, 2020.

At the time, England was only just emerging from a national lockdown and people were still banned from meeting more than one other person outside — a restriction the public were reminded of just an hour before the No 10 gathering.

Last night, the Met police said they were “in contact” with the Cabinet Office over reports of the event and Angela Rayner, the deputy Labour leader, demanded Mr Johnson respond to an urgent question in the Commons on Tuesday.

However, the prime minister’s official spokesperson said Michael Ellis, the paymaster general, would be dispatched to answer questions from MPs, rather than Mr Johnson, insisting it was “not uncommon for government ministers to answer these sorts of questions”.

They added the next time the public was likely to see Mr Johnson was at prime minister’s questions on Wednesday.

In response, the Liberal Democrats accused Mr Johnson of dodging Parliament and also suggested he should be grilled by an emergency session of Parliament’s Liaison Committee of senior backbenchers over the rule-busting drinks.

In a letter to the chair of the committee, Sir Bernard Jenkin, the party said the prime minister was “hiding behind the smokescreen” of an inquiry spearheaded by senior civil servant Sue Gray, who has been tasked with investigating allegations of rule breaking in government buildings.

Wendy Chamberlain, the Liberal Democrats’ chief whip, said: “Boris Johnson cannot be allowed to hide the truth from the public and Parliament any longer.

“He is running scared of today’s debate, while using Sue Gray’s inquiry as a smokescreen and hoping the issue will just go away.”

She added: “This simply won’t wash at a time when the public is clamouring for answers, and when it appears that Boris Johnson misled Parliament.

“We need an emergency sessions now of the Liaison Committee so MPs can grill Boris Johnson, find out what role he had in organising this party and whether he attended. Parliament has a critical role to play in holding the prime minister to account. MPs have a duty to the public to do just that.”

Earlier, the health minister Edward Argar, who faced questions over the event during morning broadcast interviews, acknowledged public anger over the drinks allegedly attended by Mr Johnson and his wife, Carrie.

But he refused to be drawn on details of the May 20 2020 “socially distanced drinks”, insisting it was a matter for Ms Gray’s investigation.

The Metropolitan Police reminded Londoners that they could meet up with just one other person outdoors on the same day Downing Street held the alleged lockdown-busting drinks party with more than 100 staff invited.

Sharing the government’s Covid rules on May 20, 2020, Met Police told Londoners they could “relax, have a picnic, exercise or play sport” as long as they were alone, accompanied by people they lived with or were with just one other person.

That same day, Culture Secretary Oliver Dowden led a Downing Street press conference and stressed the importance of the very same rules to the public.

Senior Conservatives have urged Mr Johnson to own up to whether he attended a lockdown rule breaking party at No 10.

Former Scottish Tory leader Ruth Davidson said the prime minister did not need to wait for the outcome of an investigation before admitting his attendance.

And Lord Barwell, Theresa May's former chief of staff, echoed the sentiment, stating: "Let me put this politely: it is not entirely clear why the Prime Minister needs to wait for Sue Gray's report to find out if he went to a party in his own garden."

The son of a Bletchley Park codebreaker whose funeral was on the same day as the alleged party has said he is "totally gobsmacked" by the claims.

Ann Mitchell, who was part of a Second World War code-breaking team at the country house near Milton Keynes, died on May 11, 2020, aged 97, having tested positive for Covid-19.

Her funeral took place on May 20 2020, the day Boris Johnson's private secretary is alleged to have arranged a lockdown-busting drinks gathering in the garden at No 10.

Her 63-year-old son, Andy Mitchell, said just five people were able to attend her funeral, which took place in Edinburgh.

"We didn't complain at the time, because we knew that was what the situation was... I expected any moment to be pulled over by the police to say 'Where are you going? What are you doing?'" Mr Mitchell said.

"(We had) a very quick chat with my family out in the car park afterwards, and then we all went straight home.

"So, no hanging about, no drinks in the garden or anything like that.

"We knew the situation demanded that we couldn't hang about, we couldn't socialise, we had to go home."

Mr Mitchell said he was "totally gobsmacked" by the Downing Street party.

"It was done on an organised basis," he said.

"It wasn't just a sort of casual 'Let's go outside at the end of the day', but to actually send out an invitation from the Prime Minister's office to do that, I'm just stunned."

His mother deciphered German codes at Bletchley Park during World War Two, having been recruited from university.

Mr Mitchell said she worked "for the national good", adding: "She not only did her duty and our service, but respected all the strictures that came with it.

"So, when you see the email (from) Downing Street in May after about two months of (a) pandemic, saying you've all been working incredibly hard - she did that for two years, without complaining, without thinking 'Oh, we'll just go for drinks, to hell with it'."

The Covid-19 Bereaved Families for Justice group has said if the Prime Minister attended the alleged gathering his position is "untenable" and he has "lost all moral authority to lead the country".

Wales's health minister has said the allegation that the Prime Minister attended the party "defies belief".

Eluned Morgan said Boris Johnson has undermined his position as leader of the UK and urged him to give clear answers to concerns because the "public deserves to know what was actually going on".

DUP MP Jim Shannon has broken down in tears when speaking about the death of his mother-in-law during an Urgent Question about the party on Tuesday in the Commons.

MPs gathered in the House of Commons for the special sitting after more allegations emerged about a drinks party in No 10 during the first Covid lockdown.

The Strangford MP was overcome with emotion when he took to his feet to ask Cabinet Office minister Michael Ellis whether there would be a “full and complete disclosure” of the police investigation into the party.

Mr Shannon told the chamber: "In Northern Ireland we reached the milestone of 3,000 deaths due to Covid just last week. Including my mother-in-law, who died alone."

Mr Shannon struggled to go on with his question before sitting back down.

Responding, Mr Ellis said: "I'm very sorry for his loss. He's asking me if the results of the investigation will be made public, and they will be."

Mr Shannon received support from parties across the political divide, including SDLP leader Colum Eastwood who said: “Well done, Jim for struggling through that question.”