By Julie Johnsson and Mary Schlangenstein 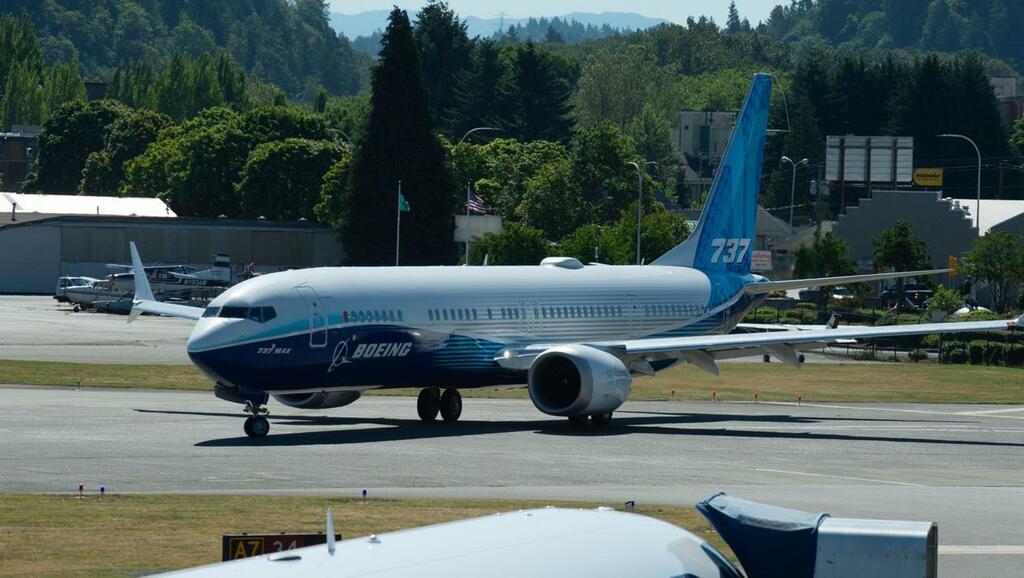 Boeing is poised to introduce an air-freight version of its 777X jetliner within the next few weeks and is in advanced talks with Qatar Airways and other potential buyers, people briefed on the matter said.

The unveiling of Boeing's first new jet in four years will intensify a fight with Airbus SE for supremacy in an aviation segment that's flourishing as sales of passenger jets limp through the Covid-19 pandemic. The European planemaker is marketing a freighter based on its A350-1000 jet, attempting to break Boeing's decades of dominance in a lucrative business.

In addition to Qatar, Boeing is also courting FedEx Corp, Deutsche Lufthansa AG, Singapore Airlines Ltd and Deutsche Post AG's DHL unit, according to sources. While Boeing's discussions over the new freighter have been known, the details of the official launch, likely at the Dubai Airshow next month, haven't been reported before.

For Boeing, introducing the 777X freighter will provide a chance to take the offensive after spending the better part of the past three years focusing on quality lapses, management failures and financial strains brought on by two fatal crashes of the 737 Max jetliner. Wrangling with regulators, meanwhile, has delayed the commercial debut of the first passenger 777X by at least three years to late 2023.

It's unusual for a planemaker to sell a freighter variant of a jet before the passenger version has hit the market. Boeing's move reflects the struggle it faces selling 400-seat planes in a depressed travel market, as well as the threat Airbus's new aircraft poses to the US company's cargo franchise.

"Airbus probably thinks Boeing is at a place where it can't respond," said aerospace analyst Richard Aboulafia of Teal Group. The final Boeing 747 is due to come off the line next year, creating the opportunity for a new plane to inherit the humpback jumbo jet's mantle atop the air-cargo market.

The planemakers are wooing many of the same customers, giving Qatar Airways and its chief executive, Akbar Al Baker, outsize clout in the increasingly important air-freighter niche.

"We have a requirement for 50 aircraft and we will make a decision soon," he said on the sidelines of an aviation industry meeting on Monday in Boston, where he met with executives from both manufacturers. He signalled that a spat over paint-related damage to Qatar's A350 passenger fleet could hurt Airbus's cargo-jet marketing.

"If they want to sell any A350s to us, they have to fix the problem they have, for which they don't have a solution at the moment," said Al Baker, characteristically blunt.

Qatar Airways is among the largest operators of the current 777 freighter and has been prodding Boeing and Airbus for new models that would meet tough pollution standards that take effect in 2028. A deal with Boeing could include options and rights to convert some of Qatar's 60 777X passenger jets on order to the cargo version.

Boeing and Airbus are responding to a surge in airborne shipping driven by e-commerce at the same time that labour shortages and logistics snarls have left ships idling outside ports and the global supply chain in chaos.

But the mammoth planemakers aren't alone in trying to tap the growing market. Aircraft lessors and other aviation investors are angling for the same opportunity by retrofitting old wide-body passengers jets – even without customers lined up in some cases. At least 184 converted jets are expected to enter the market by mid-decade, according to a Bloomberg Intelligence analysis of Cirium data.

"The degree of speculation by lessors in the conversion market is breathtaking," said Stephen Fortune, who runs his own freight aviation consulting firm. He estimated that dozens of wide-bodies are set for revamp as air freighters on spec.

That raises the stakes for Boeing and Airbus as they compete not just with each other's cutting-edge freighters but also with less-expensive used planes.

Boeing jets account for about 90pc of global air-cargo capacity, adjusted for route length, according to the Chicago-based company. And Boeing has hauled in a bumper crop of freighter orders this year: 53 through August, a figure that rises to 80 if a military version the 767 is included. Airbus hasn't logged any freighter sales this year.