Biden surveys storm damage after deadly flooding in US north-east

By By Aamer Madhani and Arlene Superville, AP 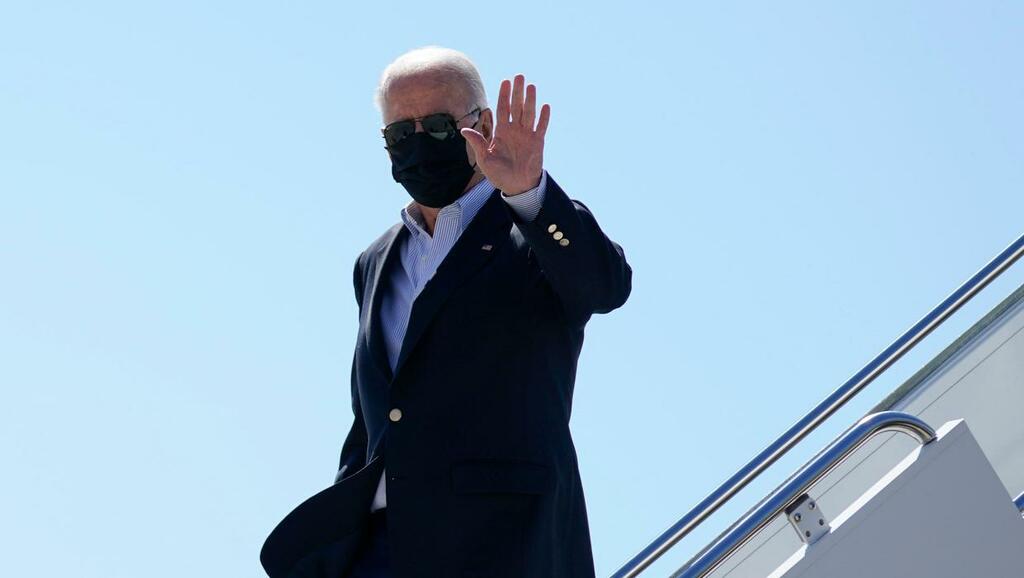 US president Joe Biden has focused on long-term solutions as well as short-term relief as he toured parts of the American north-east that suffered deadly flash flooding from the remnants of Hurricane Ida.

He is expected to use the muddy backdrops during his visits to Manville, New Jersey, and the New York City borough of Queens to call for federal spending to fortify infrastructure so it can better withstand powerful storms.

Mr Biden’s plan to spend one trillion dollars (£720 million) on infrastructure nationwide is pending in US congress.

New Jersey was Mr Biden’s first stop. Governor Phil Murphy greeted him as he arrived in Somerset County for a briefing at the emergency management training centre before the tour of Manville.

On the way, Mr Biden’s motorcade droved through an area where piles of damaged furniture, mattresses and other household items were stacked outside homes.

At least 50 people were killed in six eastern US states as record rainfall last week overwhelmed rivers and sewer systems.

Some people were trapped in fast-filling basement apartments and cars, or were swept away as they tried to escape. The storm also spawned several tornadoes.

More than half of the deaths, 27, were recorded in New Jersey. In New York City, 13 people were killed, including 11 in Queens.

We will recover from Hurricane Ida â together. pic.twitter.com/okS0HnwcPD

Mr Biden’s visit follows a trip last week to Louisiana, where Hurricane Ida first made landfall, killing at least 13 people in the state and plunging New Orleans into darkness. Power is being slowly restored.

Manville, situated along New Jersey’s Raritan River, is almost always hard-hit by major storms. It was the scene of catastrophic flooding in 1998 as the remnants of Tropical Storm Floyd swept over New Jersey.

It also sustained serious flooding during the aftermath of Hurricane Irene in 2011 and Superstorm Sandy in 2012.

He is open to applying the declaration to other affected New Jersey counties, White House spokesperson Jen Psaki said.

Mr Biden used his appearance in Louisiana to pitch his plan to spend one trillion dollars on modernising roads, bridges, sewers and drainage systems, as well as other infrastructure to make them better able to withstand the blows from major storms.

He said last week: “Hurricane Ida is another reminder that we need to be prepared for the next hurricane and superstorms that are going to come, and they’re going to come more frequently and more ferociously.”

Past presidents have been defined in part by how they handle such crises, and Mr Biden has seen several weather-induced emergencies in his short presidency, starting with a February ice storm that caused the power grid in Texas to fail. He has also been monitoring wildfires in the west.

The White House has sought to portray Mr Biden as in command of the federal response to these natural disasters, making it known that he is getting regular updates from his team and that he is keeping in touch with governors and other elected officials in the affected areas.

As president, Donald Trump casually lobbed paper towels to people in Puerto Rico after Hurricane Maria’s devastation in 2017, generating scorn from critics but little damage to his political standing.

Barack Obama hugged New Jersey Republican governor Chris Christie after Superstorm Sandy in 2012, a brief respite from partisan tensions that had threatened the economy. George W Bush fell out of public favour due to a poor response after Hurricane Katrina swamped New Orleans in 2005.

Ida was the fifth-most powerful storm to hit the US when it made landfall in Louisiana on August 29.