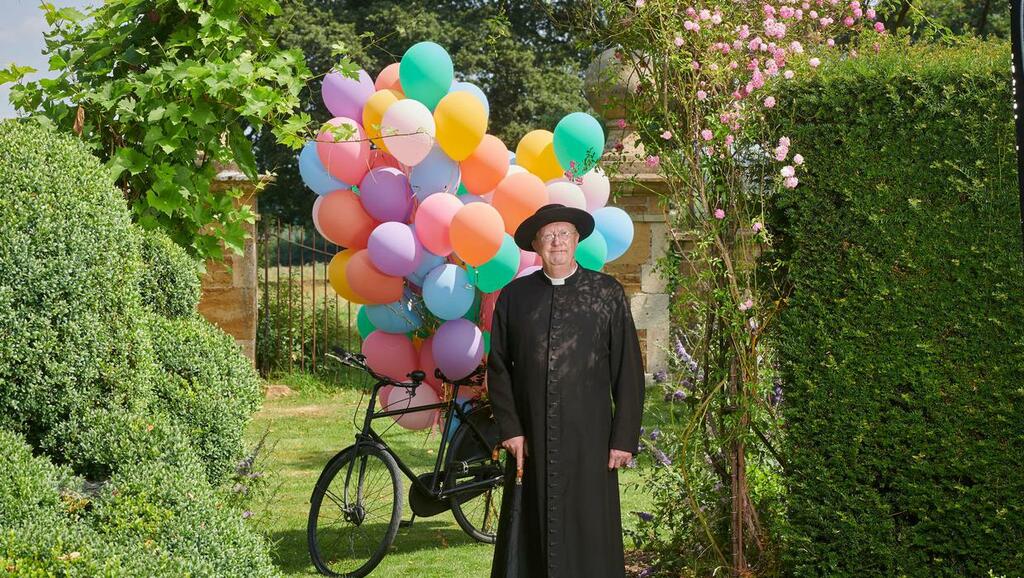 The BBC has marked the 100th episode of its long-running daytime drama, Father Brown, with an eco-friendly photoshoot.

Harry Potter actor Mark Williams, who plays the crime-solving Roman Catholic priest, is pictured in character with 100 biodegradable balloons in a variety of colours tethered to his bicycle.

Based on the short stories by English author GK Chesterton, the crime series is set in a quiet village in the Cotswolds and first aired on BBC daytime in 2013.

It has become the UK’s number one rating daytime drama of the last five years and airs in more than 235 territories globally.

Speaking about its longevity, Williams said: “What this has provided for a lot of its viewers is a sense of continuity, and belonging, and warmth, which the radio has been doing for nearly 100 years now.

“And that’s a very nice place to be for a show like this.”

Williams, who played Arthur Weasley in the Harry Potter film series, added: “It’s storytelling on a high level every week for people and so to do that for 100 shows is quite a privilege, but it’s something that people really need and want and express their love for a lot.

“You’ve only got to go online and it’s all there, people’s admiration and pleasure in what they’re watching.”

The 100th episode airs at 1.45pm on Friday on BBC One and BBC iPlayer.