Banksy painting Sunflowers From Petrol Station to be auctioned 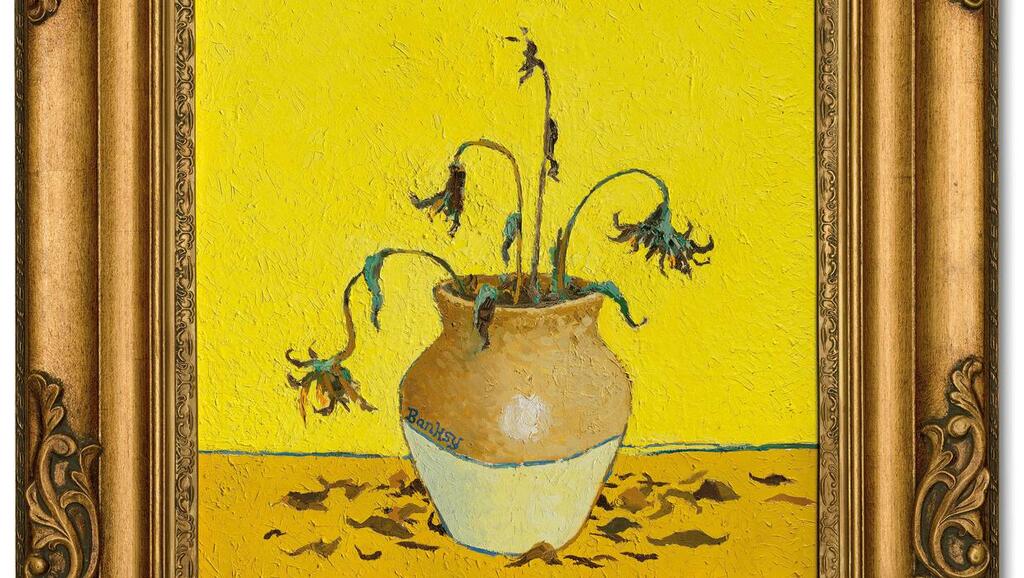 A Banksy painting inspired by Vincent Van Gogh’s Sunflowers is to be auctioned.

The painting, titled Sunflowers From Petrol Station, is being sold by fashion designer Sir Paul Smith.

The artwork reimagines Van Gogh’s painting as a withered bunch of sunflowers which have shed their petals.

It has been valued at between £8.8 million and £13.2 million by auction house Christie’s.

The 2005 artwork will be displayed in Los Angeles and Hong Kong ahead of its sale in New York next month.

Sir Paul said: “What initially attracted me to Banksy was his confidence and clarity to communicate something exactly as it is, I was so impressed by his observations of what was happening in the world and that remains true of the work he’s doing today.

“His political statements are completely on point, really profound, really brave and consistently delivered in a modern way.

“I was delighted to have the opportunity to be able to own a piece of his work and the Sunflower itself presents such a brilliantly unique way of thinking about things.”

Katharine Arnold, Christie’s head of post-war and contemporary art in Europe, said: “Following the record-breaking sale of Game Changer in March – another major oil on canvas by Banksy – we are delighted to offer Sunflowers From Petrol Station this November.

“Belonging to the legendary British designer Sir Paul Smith, the work is an icon within Banksy’s oeuvre, capturing not only his facility as a painter but also the wry humour that he brings to bear upon global issues.

“Here, the sheer comedy of wilted flowers bought from a petrol station becomes a means of highlighting our relationship with art and the environment: both, he reminds us, are transient.”

The painting will be sold on November 9.