A sobbing Amber Heard recounted a fight in Australia with Johnny Depp during which she claims that he sexually assaulted her with a vodka bottle.

The defamation trial between Mr Depp and Ms Heard began on Monday 11 April in Fairfax, Virginia following Mr Depp’s lawsuit against his ex-wife in March 2019. Mr Depp is arguing that she defamed him in a December 2018 op-ed published in The Washington Post titled “I spoke up against sexual violence — and faced our culture’s wrath. That has to change”.

Of the March 2015 incident in Australia, Ms Heard said Mr Depp had lost “a tonne of weight, so I knew something was up”.

“The first night ... when he shoved me, I went skidding across the floors ... it was so easy for him to throw me around like that,” she said.

She added that Mr Depp grabbed her neck and smashed her head against the wall. Ms Heard said she slept behind a “barricaded” door and that she took sleeping pills to fall asleep. When she awoke, she said Mr Depp was “still up” on what was now the second day.

Ms Heard said they had an argument about drugs, including MDMA. “He took a handful of pills ... either eight or ten pills ... of MDMA,” she said.

She added that Mr Depp accused her of not liking his sister and that he was upset about actors she had worked with, including Eddie Redmayne in The Danish Girl.

By March 2015, Ms Heard said she had heard Mr Depp use the phrase “the only way out of this is death”, referring to their relationship, about 25 times.

In a subsequent fight, Ms Heard said Mr Depp slammed her “hard” against the walls, calling her a “whoree, slut, fatass”.

She added that he would drink in front of her “as a show of force”. She claimed that Mr Depp said that others had warned him about her and that “nobody” liked her. She said she shoved him off of her, and that he responded “you wanna go, little girl?” and proceeded to show her into a games table and that he kept “whacking” her in the face.

Ms Heard testified that Mr Depp “taunted” her to take a bottle from him. She said she eventually grabbed it and “smashed it on the floor” which “really set him off” and that he “backhanded” her and threw a bottle at her.

She added that he later had a “broken bottle” against her face, saying that he would “carve” it up.

Ms Heard said she didn’t remember if she threw anything in his direction, but that she doesn’t think she did.

“He was throwing these bottles, one after the other, and I felt glass breaking behind me,” she said, adding that he ripped off her nightgown.

“I’ve never been so scared in my entire life,” she added. Ms Heard said Mr Depp was on top of her and that she tried to tell him that he was “really hurting me”.

Depp took one of the bottles and inserted it into her vagina, she said.

"He was shoving it inside of me over and over again," said Heard, who looked down, shook her head and sobbed as she described the encounter. She said she kept thinking that she hoped the bottle was not one of the ones that was broken.

During the assault, Depp repeatedly said "I'll f***** kill you," she told the jury.

Depp (58) testified earlier in the trial that he never hit Heard and argued that she was the one who was the abuser.

“I could feel this pressure on my pubic bone,” she added, saying that it “looked like” Mr Depp was “punching” her, adding that there were “broken bottles, broken glass” all over the room.

The court has previously been shown messages and “reminders” that Mr Depp scrawled in blood and paint after severing his finger in a fight during which he claims Ms Heard threw two vodka bottles at him.

When Mr Depp testified about the incident earlier in the trial, he told the court: “It was all getting too crazy.”

Mr Depp said, “I was a mess, I was a wreck, I was shaking” as he tried to avoid Ms Heard.

He recalled pouring himself two or three “stiff shots of vodka”, adding that it was the “first taste of alcohol I had had for a long time”.

“She walked up to me, grabbed the bottle of vodka and then just stood back and hurled it at me,” he said. “It just went right past my head and smashed behind me.”

Mr Depp testified that he grabbed another, larger bottle of vodka and poured himself another shot as Ms Heard was “flinging insults left, right, and centre”.

“She then grabbed that bottle and threw that at me,” Mr Depp said, demonstrating to the jury how he was sitting at the time. He said his fingers were resting on the edge of the bar and that the large vodka bottle “made contact and shattered everywhere”.

“I felt no pain at first all,” he said. “I felt heat and as if something was dripping down my hand.”

“I was looking directly at my bones sticking out,” he added. “Blood was just pouring out.”

“I don’t know what a nervous breakdown feels like, but that’s probably the closest that I’ve ever been,” he said. “Nothing made sense and I knew in my mind and in my heart that this is not life.”

“No one should have to go through this,” he added.

Being in the middle of something like a nervous breakdown, Mr Depp said he started “to write in my own blood on the walls”.

“Little reminders from our past that essentially represented lies that she had told me and lies that I had caught her in,” he said, adding that he hid in a bathroom and texted his doctor to come over.

Showing the finger that was injured to the court, Mr Depp said the bones were “crushed” and that it looked like “Vesuvius”, referring to the Italian volcano.

“It was almost like white noise, just someone yelling,” he said. “It was just a high pitched constant attack of insults, it was just jumbled words to me in a very high frequency and I was in a bit of shock.”

Earlier on Thursday Heard described times she said he kicked her in the back and injured her nose when he felt jealous.

In one incident, she said Depp became upset when he learned she had kissed actor James Franco for a scene in 2015 movie The Adderall Diaries.

On board a private plane, Depp called Heard a “slut” and asked in sexually explicit language what Franco “had done to my body”, she testified, adding that Depp smelled like “weed” and alcohol.

Heard said she switched seats several times during the flight, and Depp threw ice cubes and utensils at her.

At one point, he came behind her and kicked her in the back, she said. Security guards and staff on the plane did not react, she added.

“I was embarrassed that he could kick me to the ground in front of people,” Heard said.

Another time, Depp accused Heard of flirting with someone at the Met Gala in New York, she said.

In their hotel room after the event, he shoved her and the pair struggled.

“He just whacks me in the face,” she said. “I suspected I had a broken nose.”

Depp (58) testified earlier in the trial that he never hit Heard and argued that she was the one who was the abuser.

In her testimony, Heard recalled Depp’s marriage proposal to her in a London hotel room.

“It was really sweet. He got down on one knee and said ‘I want you to be my girl forever,’” Heard said.

“I felt like the luckiest woman in the world,” she said, adding that she thought being married would make the

relationship stable and not “chaotic”.

She said she tried for more than a year to keep things calm by not reacting to Depp’s accusations or outbursts.

“Nothing I did made him stop hitting me,” Heard said.

“I would then try lashing out verbally,” she said. “We were both saying awful things to each other.” 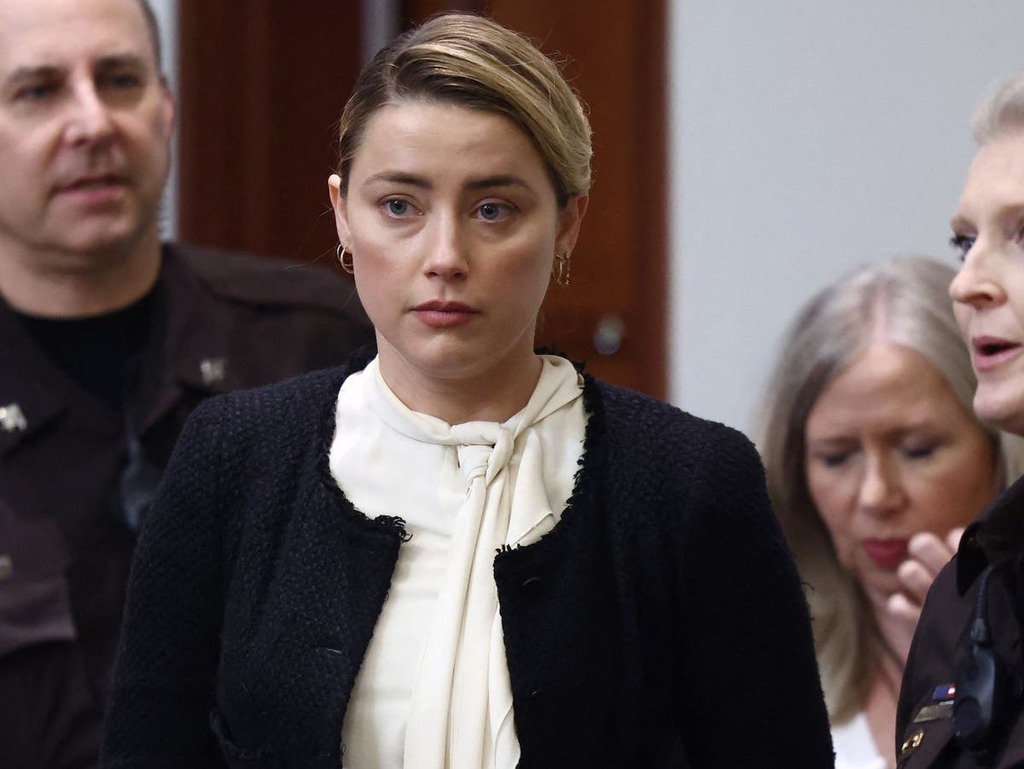