By Frank Roche and Colm Keys 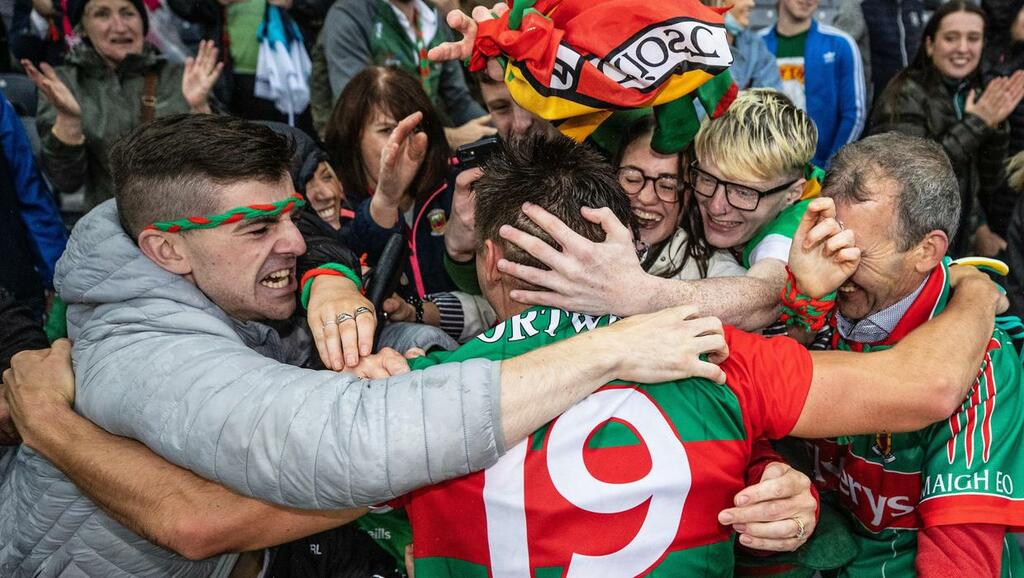 JAMES HORAN has announced his Mayo team for tomorrow’s All-Ireland SFC showdown with Tyrone, revealing two changes from the side that started their epic semi-final ambush of Dublin.

Oisín Mullin is not among the named 15, but his omission is unlikely to dampen speculation that the All Star could yet be parachuted into Horan’s defence before tomorrow’s 5pm throw-in.

Instead, the promoted duo are Enda Hession of Garrymore and Bryan Walsh of Ballintubber, replacing Eoghan McLaughlin at left half-back and Darren McHale at left half-forward respectively.

Hession provided massive impetus off the bench in the semi-final. Having replaced McHale after just 27 minutes, he made a series of energetic forays from a more advanced position than the corner-back role he has previously filled.

Meanwhile, Walsh was introduced on 49 minutes for Michael Plunkett (who retains his corner-back berth) and put in a hard-working shift around the middle-third.

Even though both Hession and Walsh now appear poised for the biggest day of their sporting lives, the prospect of further 11th hour switches cannot be discounted.

There has been feverish speculation in recent days that Mullin – who missed the semi-final with a quad injury – had made an impressive recovery over the past four weeks and was now poised to reclaim his regular place in defence.

There has also been much talk of a possible match-day involvement for McLaughlin, notwithstanding the fact that he underwent surgery for a jaw injury resulting from that much-debated shoulder tackle from Dublin’s John Small.

The Mayo team released this evening does not include Horan’s 11-man list of subs.

But there is one notable positional switch, on paper at least, with skipper Aidan O’Shea listed on the ‘40’ instead of at full-forward, from where he struggled badly against Dublin before being taken off during the third quarter.

In the resultant reshuffle, fellow veteran Kevin McLoughlin moves to corner-forward with Tommy Conroy at No 14.

O’Shea, McLoughlin and Lee Keegan are all poised to make their seventh All-Ireland final appearance, having previously featured in 2012, ’13, ’16 (twice), ’17 and last December.

Meanwhile, Tyrone joint managers Feargal Logan and Brian Dooher have given a vote of confidence to the same team that started their semi-final win against Kerry for tomorrow's final.

Our Players and Management have represented our County with pride this season - we'll be right behind them in Croke Park tomorrow âªï¸🔴 pic.twitter.com/JCoa6aJuTn

The Ulster champions have elected to continue holding former All Star Cathal McShane in reserve despite his impact against Kerry when he scored 1-3.

There is no place on the bench for either Richie Donnelly or Rory Brennan who missed out on the semi-final too.

Padraig Hampsey will captain the team and is one of nine players who also started the 2018 final.