IATA Director General Willie Walsh said on Monday that the recovery in passenger traffic was accelerating and that on average, the industry could now return to pre-pandemic figures in 2023, a year earlier than its previous forecast.

The continued easing of Covid-19-related restrictions by governments around the world is releasing demand pent up over the last two years when countries had shut their borders.

The head of IATA, the world's biggest airline trade body, told Reuters that overall passenger traffic was picking up faster than expected despite the war in Ukraine and continued restrictions in major aviation market China.

"We're seeing very strong bookings. Certainly all the airline CEOs that I'm talking to are seeing not just good demand for year-end travel but they continue to see demand as they looked through the year," he said at a conference in Riyadh.

Walsh said high oil prices and travel disruptions caused by labour shortages had so far not deterred travellers, even though oil prices had probably caused a 10pc rise in fares.

"I don't think we should be distracted from the fact that we are seeing a strong recovery and I think that recovery will gather momentum as we go through the rest of this year into 2023."

Overall, the industry was now heading towards recovering to pre-pandemic passenger traffic in 2023, helped by an expected strong summer that year, Walsh said.

But he cautioned that passenger traffic in some individual seasons next year could remain lower than prior to the pandemic, while the Asia-Pacific region continues to lag due to ongoing Covid-19 restrictions in major aviation market China.

EU Commission Director General for Mobility and Transport Henrik Hololei told Reuters that passenger traffic in Europe could return to pre-pandemic levels in 2023 if the pace of the rebound is sustained.

Wizz Air Chief Executive Jozsef Varadi separately said he was fairly confident of a good peak summer season, during which the European budget carrier will operate more flights than in the year prior to the Covid-19 pandemic.

"It's going to be a very interesting kind of mix going through the summer," he said in Riyadh, forecasting many customers but also potential challenges like supply-chain issues and higher costs.

Wizz Air has hedged around 60pc of its fuel needs over the next six months, Varadi said, arguing that the airline was better placed to tackle the pressures of inflation and high fuel prices in part because of its access to $1.5 billion of cash on hand.

"We are an investment-grade credit having continuous access to low-cost capital and we are a liquid business." 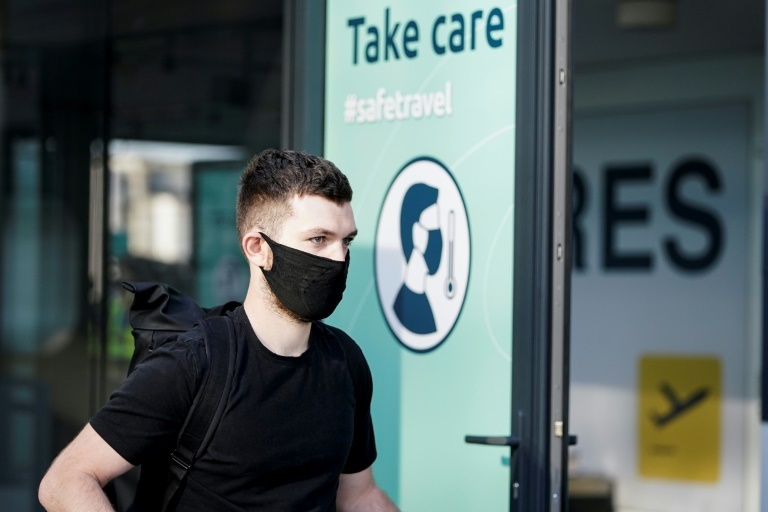 EU-wide mask rules for flights, airports eased from Monday
Berlin (AFP) - EU-wide guidance on requiring masks for air travel will be lifted from next week, the bloc's aviation…

AFP
One subscription that gives you access to news from hundreds of sites
How airlines are recovering from the pandemic, in 5 charts

The air traffic is inching close to normal times, indicating a demand recovery. However, the steep rise in jet fuel…

Airlines have been hampered by staff shortages, slow recruitment and a sharp rise in demand for holidays