A €28m-a-year gamble? Why Liverpool must break bank to keep Mo Salah at Anfield 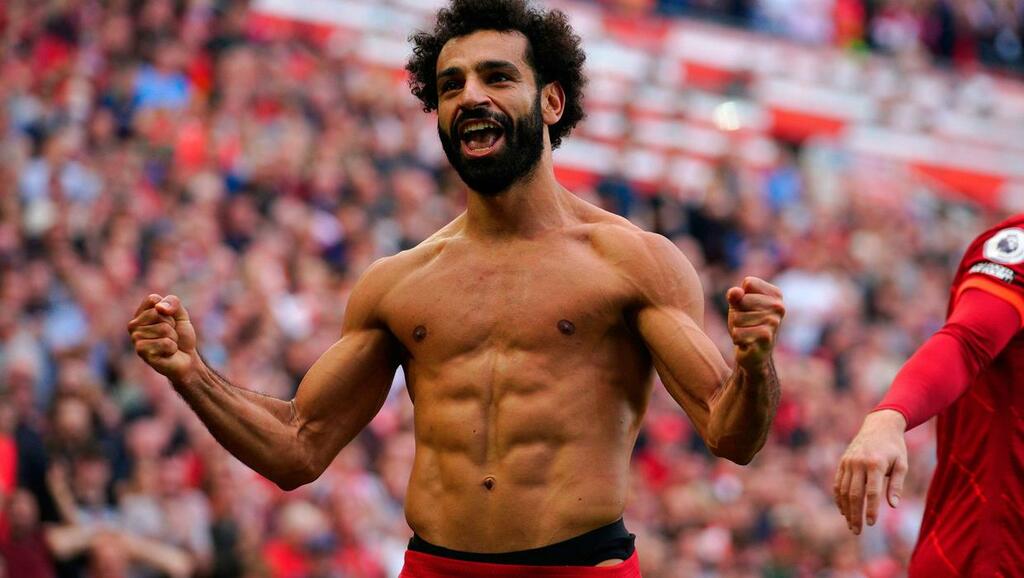 A HANDFUL of players in world football earn the right to be treated differently than the rest – and Mohamed Salah is undoubtedly one of them.

His goal in Liverpool’s thrilling 2-2 draw against Manchester City last Sunday was the work of genius, and confirmed beyond any doubt that Salah is right up there as one of the game’s modern greats.

Lionel Messi and Cristiano Ronaldo have been the two best players in the game for a decade and more, but they have a rival to that title now in Salah.

In my eyes, no one is playing better than Liverpool’s leading light right now – and that’s why the club’s owners have to bite the bullet and make sure they don’t allow him to slip through their fingers.

Fenway Sports Group (FSG) and their leader John W Henry have run Liverpool with tight financial guidelines since they took over the club and thanks to manager Jurgen Klopp, they have overseen a period of trophy-winning success without investing big money in transfers.

Liverpool’s net spend in the transfer market is always hundreds of millions behind the two Manchester clubs and Chelsea, but Klopp’s brilliance keeps them in the mix for trophies, and they are right there again this season after an encouraging start to the Premier League season.

Yet the big cloud hanging over Liverpool in recent weeks has been what happens next with Salah, as he has yet to put pen to paper on a new contract.

His current deal runs out in the summer of 2023 and, quite simply, FSG cannot allow him to get down to one year left as he could then run his contract down and leave for nothing.

There are suggestions that his agent wants a new four-year contract worth £500k-a-week (€590k) and, while that might sound like crazy money, the cost of Salah’s exit would be more damaging to Liverpool than giving him that kind of deal.

He might be 29, but you can see how fit he is when he rips his shirt off after scoring a goal and footballers are no longer over the hill when they hit their 30th birthday these days.

Look at the impact Ronaldo has had at Manchester United at the age of 36 and while we can’t predict if Salah will still be at that level when he reaches that age, he is certainly worthy of a massive contract right now because he is one of the best players in the world.

You simply have to pay the going rate to hang on to a player of his quality and, while paying £2million-a-month (€2.4m) in wages might sound ridiculous, that’s where the game is now.

If Liverpool don’t give Salah that, he will go to Real Madrid or Paris Saint-Germain, even if the player would ideally prefer to stay at Anfield.

In that scenario, FSG would be looking to fund a huge signing to replace Salah and would probably end up paying more if they got into a bidding war to sign Erling Haaland or Kylian Mbappe.

A four-year-contract worth around £24m-a-year (€28m) to Salah might shatter their current wages structure, but this is a player who would still have a sell-on value at the end of that deal and he might be best for all parties if he was to move on when he was 33 or 34.

I’m with Jamie Carragher when he says Salah is now one of the best players to have ever played for Liverpool – and that’s some statement when you consider the greats who have worn that red shirt.

My great hero Roger Hunt passed away last week and he would get into my all-time Liverpool XI, with Salah deserving of his place alongside him, which is the ultimate compliment I could give him.

Liverpool’s current star man has the trophies to back up his goal record and if he was to stay at Liverpool for another three or four years at least, he could get close to joining Hunt and Ian Rush as the club’s greatest scorers of all time.

What he has shown in the opening weeks of the season banishes the notion that Salah has lost his edge and he has certainly silenced me with his performances this season.

Regular readers of my column will know that I questioned whether Salah’s heart was still at Liverpool when he went horribly off the boil last season.

He looked lethargic at times when the club went through their horrible slump at the start of 2021, but he has that fire back in his belly now and I can’t believe he wants to play anywhere else.

The Premier League is the only place to be, with the Spanish and Italian leagues on a downward curve as they struggle to cope with the financial fallout from the coronavirus pandemic.

So FSG need to nip this in the bud, sit down with Salah’s agent, ignore any animosity there may be there from some of the tweets he sent out down the years and get this contract signed.

We have seen what has happened with the Manchester United fans when they turned against the Glazer family and it has got very ugly at times.

Well, Liverpool fans will go bananas if Salah is allowed to leave, simply because Liverpool wouldn’t pay him what he is worth in the current football market.

We often hear about Liverpool’s wage structure and how they like to keep things under control, but no one in Klopp’s dressing room would object if Salah gets a big contact.

I like the fact that Liverpool have won the Champions League and Premier League in recent years without the monopoly money provided by the owners of Manchester City and Chelsea.

Yet the moment has come for Liverpool to join the money madness as Salah is a very special player and needs to be paid accordingly.

A club of Liverpool’s stature have to be in the mix to sign and keep players of this magnitude and, if they want to be serious contenders for the big trophies, they have to give Salah the contract that befits his status in the game.