The future is here - and it's looking bright 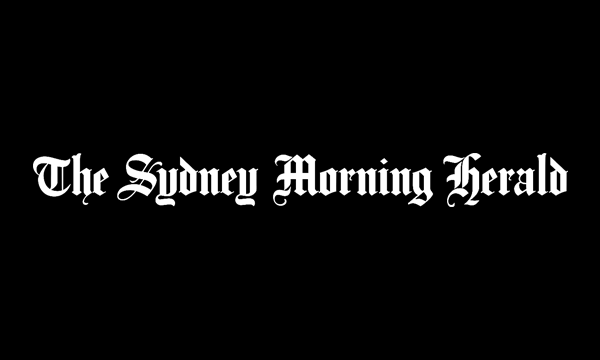 The future is already here. It just isn't affordable yet, and we aren't necessarily in agreement about which bits of it we want. But progress is being made in almost every field, and the pace of change will only speed up.

As Australia's Chief Scientist, Dr Alan Finkel, tells Good Weekend, "There are two reasons in nature for progress to plateau: running out of resources or reaching a theoretical limit. When it comes to human ingenuity, neither of these limits apply."

Dr Finkel nominates the greatest areas of growth right now as artificial intelligence (AI) and the mix of fuel sources we use to power our society. "The critically important underpinning of all societies is energy: powering our homes, businesses, and even AI Over the next 30 years we are likely to see deep penetration of solar and wind electricity as our primary sources of energy. But electricity is not always the ideal energy carrier. Hydrogen will be developed and used for energy storage, heating, heavy-duty transport and industrial processes."

Meanwhile, here are some of the more exciting developments, many of which will benefit from AI and new energy sources.

Up, up and away

Yes, flying cars at last. They will soon become surprisingly common, even if they aren't, strictly speaking, cars. They are eVTOL (electric vertical take-off and landing) people-carrying drones and some companies are gearing up to make tens of thousands of them a year.

Autonomous operation is far easier in the air than on roads - there's a lot more space, for a start, and no stray dogs or drunken pedestrians - so ride-hailing companies believe much more of their future business will be conducted above our heads (Uber Air's Melbourne trial supposedly starts next year).

Most companies are focusing on short-hop battery vehicles; BMW's design innovation studio, Designworks, is partly responsible for a hydrogen-powered machine called Skai, currently undergoing certification. It has a carbon-fibre body, three motors, six rotors, and can fly manually or autonomously at up to 185km/h. The range is claimed as 650 kilometres, which would comfortably take it from Melbourne to Canberra. The Skai can land using just three rotors, and will fire a ballistic parachute if things go wrong. With a target price of less than $US500,000 ($740,000), it is cheaper than some supercars. Meanwhile, autonomous drones could pick up and deliver everything from urgent medical supplies to injured bushwalkers.

CuteCircuit, a London studio set up to "push the boundaries of wearable technology", has garnered press in the past with a cocktail dress that takes advantage of the electrical conductivity of wonder material graphene, lighting up LEDs woven into the fabric, transforming the little black number into a range of attention-garnering colours.

Such technology could soon, say, light up a cyclist's clothes at night, particularly with new thread-like batteries woven into the material. Other innovations in "wearables" include sports garments with hydrophobic nano-particles to repel water without the wearer sweating underneath, and jackets that correct posture.

This year, CuteCircuit turned up at the Davos World Economic Forum with the SoundShirt 2.0, which enabled deaf attendees to "feel" a musical concert. The SoundShirt is packed with tiny, lightweight actuators - motors that vibrate in response to the intensity of the music played. The deeper, heavier notes vibrate in the lower part of the torso, and the lighter sections, such as the violin, around the neck and clavicle.

The robots are coming

Yes, the robots are still coming to take our jobs, though hopefully they will be the jobs we least want to do. Microsoft co-founder and the world's second-richest man, Bill Gates, recently cited increasing robot dexterity as one of the most notable tech trends.

This will better enable them to deal with the messiness and unpredictability of the real world rather than, say, the highly regimented factory floor. Hopefully, this means they can do the fussy food prep and load the dishwasher afterwards.

It's worth noting that self-driving cars are in fact robots, even if they don't have flashing lights for eyes and that electronic voice familiar to fans of B-grade sci-fi films. The mission to transport us around cities autonomously is among the fiercest, most expensive and most AI-intensive tech races happening right now.

Some companies are already looking beyond merely transporting people or goods. Consider the MONET, an autonomous delivery van being developed by a consortium led by Toyota and Japanese conglomerate SoftBank. Plans for this include a mobile shop, a doctor's surgery or a robotic kitchen; the latter would cook your takeaway food during the delivery, timing it so it's as fresh and hot as if just handed over by the chef.

The next generation of airliners will take advantage of new materials and propulsion systems to become greener, quieter and much faster. With delta (triangle-shaped) wings, new fuselage shapes (a so-called waverider will use its own shock waves to provide compression lift), and nanotechnology-enhanced surfaces to manage heat, speeds of Mach 5,or almost 6000km/h, are being talked about.

Last year, Boeing announced that it was working on an unnamed aeroplane with "passenger and military applications". A combination of conventional jet engines and ramjets will, in theory, allow it to travel from Sydney to London in less than three hours, though Boeing says production is 20 to 30 years away.

Then there is the emerging space race, with space tourism thrown in. Billionaire Tesla founder Elon Musk and other tech gurus are advocating that we become a multi-planetary species (some Tesla shareholders are suggesting Musk blasts off first).

Governments, private enterprises and joint ventures involving the two are outlining new space programs by the month. NASA has committed to US President Donald Trump's Space Policy Directive 1 to put a man back on the moon by 2024, while the Chinese are aiming to take one giant leap by the mid-2030s. Then there's Mars

We've been doing it all wrong, apparently, using concrete and steel when the real solution was literally growing on trees. Environmentally minded engineers and architects are now pushing wood - most specifically, laminated or "engineered" wood - as the ideal building material for tall buildings.

Known as "plyscrapers", these buildings have already reached 85 metres (the Mj??sa Tower in Norway), and those exceeding 100 metres should soon be with us. Currently, the tallest wooden building in Australia is Brisbane's nine-storey 25 King Street at Bowen Hills.

Building in wood is still expensive, though potentially cheaper longer term. But while concrete and steel production, between them, reputedly account for up to 14 per cent of the world's carbon emissions, a laminated wooden beam captures carbon and apparently takes one-sixth as much energy to make as its steel equivalent. Wood is also cheaper to transport to site, and the building process is quicker, with no waiting for concrete to set. Engineered wood is an excellent insulator, too, and highly fire-resistant.

Everything in the future is related. As a Silicon Valley venture capitalist explained to this writer, lab-produced organs will soon be necessary - and an opportunity to make money - because safer, self-driving cars will make donor organs scarcer. (In the US, nearly 14 per cent of donors die in motor vehicle accidents.)

The solution, it seems, is 3D "bio-printing", which has enabled researchers to move on from the petri dish to what the University of Sydney's Professor Hala Zreiqat calls "suspensions of three-dimensional organ-like cell masses, otherwise known as organoids". Made from human stem cells, cultured so that they multiply, these promise a fascinating way to model diseases and test new treatments. Researchers around the world are already working to take this process further with made-to-order replacement kidneys, livers, corneas and hearts.

Meanwhile, if things go to plan, Zreiqat's team will 3D-print bones for injured humans by late next year, using a unique ceramic material that provides a scaffold until natural bone growth replaces it. In the case of, say, a road-accident victim, the plan is to 3D-print the ceramic "bone" to the required size and shape, based on medical scans, while surgeons are actually working on the patient.

Everyone laughed at Google Glass (smart glasses, first seen in 2012), and fair enough; they may as well have had "I'm a goose" written on their wearer's frames.

The idea, however, has outlived the chortles. With built-in camera, touchpad, voice controls and head-up display, some imagined that GG might help us to remember the names of the other class parents at drop-off via facial recognition, and navigate us through a shopping centre with augmented reality. Instead, Google's latest Glass Enterprise Edition 2 and other smart specs such as Microsoft's HoloLens 2 "mixed-reality" headset are being used to guide workers installing wiring looms into passenger jets and other complex industrial tasks, while domestic versions may yet help you service your car or put together Ikea flat-pack furniture. A remote expert can even "look over your shoulder" with the built-in camera and assist via the microphone and speaker.

Fake meat has been around forever, usually made from vegetable matter, and usually not particularly meat-like in taste or texture. The next step is "real" beef, pork, lamb and seafood mass-produced in the lab from cultivated animal cells. It has the potential to revolutionise the food world, and maybe even the world world: that is, no factory farming or other animal cruelty, no inefficient grazing or heli-mustering, no bovine methane or fishing bycatch. Lab-grown meat could offer consistent thickness for even cooking, complete control of fat per serve the list of potential benefits goes on, though the biggest challenge may be convincing people to eat it.

Memphis Meats is one of several well-funded proponents, though none has yet put lab meat on the market. One problem is cost. In 2013, Holland's Mosa Meat showed off a laboratory burger patty which was said to cost $US330,000. Prices have dropped a lot since then. American company JUST Inc claims that it will have lab meat on the market by the end of this year. Products such as sausage and mince will hit the shelves first; the complex texture of a steak is a far more difficult task.

To read more from Good Weekend magazine, visit our page at The Sydney Morning Herald, The Age and Brisbane Times.