Liverpool’s Jürgen Klopp: ‘We will not sell Philippe Coutinho at any price’ 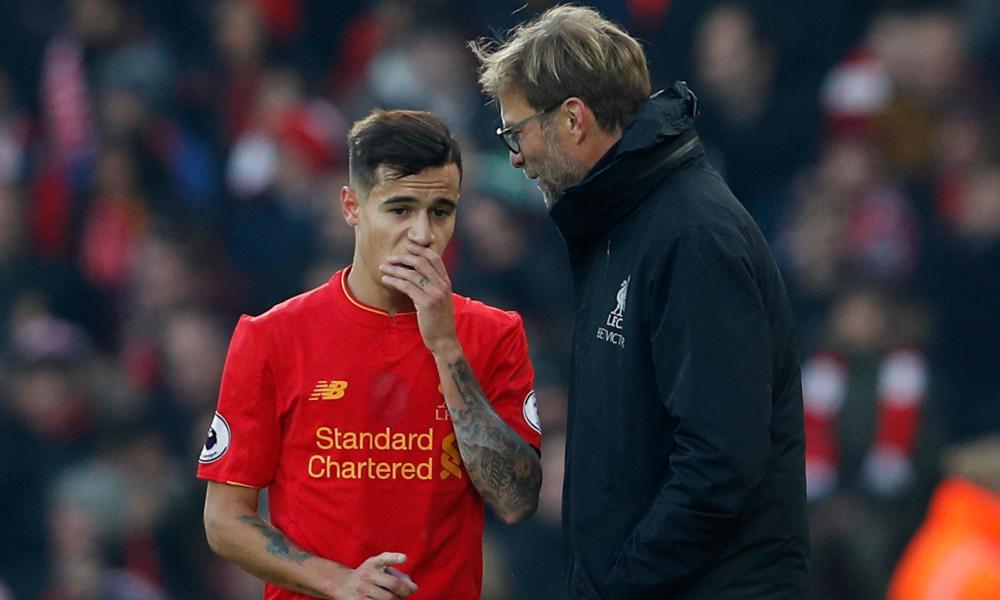 Jürgen Klopp has insisted Liverpool will not accept any bids for Philippe Coutinho after the club rejected an improved £90m offer for the Brazil playmaker.

Barça returned with their latest bid for the 25-year-old on Wednesday having had an offer of €80m (£72m) rejected last month and, speaking to Sky Germany, Klopp was adamant Liverpool are committed to retaining their best players.

“Liverpool is not a club that has to sell players. That is set in stone. So what they offer in the end doesn’t matter,” he said. “From a financial standpoint, there is no price limit to let him go. No price at which we are ready to give in. Our goal is to have the best possible team. So we want to keep our guys and add new ones. That is our plan.”

Liverpool have repeatedly stated Coutinho will not be sold and their position is strengthened by the five-year contract he signed only last season.

“Today, no player on the planet is unsellable,” Klopp said. “But a transfer is also a question of timing and if you have the opportunity and the need to react to such a transfer. Also you have to ask, if you have the time to react. But just because of one request of one club, we don’t have to think about that. We are not in that situation.”

While interested in joining Barcelona, Coutinho has not agitated for a Liverpool exit and has shown no sign of doing so since the first bid was made. Klopp spoke to the forward in Hong Kong when Barcelona first formalised their interest to stress his importance to the team and reiterate the club’s determination to keep him.

He is expected to miss Liverpool’s opening game of the Premier League season at Watford on Saturday, owing to a back injury.